Many Shades of Exclusion and Inclusion 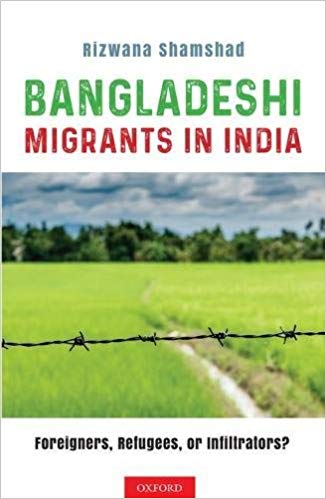 Rizwana Shamshad’s Bangladeshi Migrants In India: Foreigners, Refugees, or Infiltrators? is a highly relevant and context-sensitive study of the ‘Indian discourse’, a collection of many discourses on one of the most politicized migrant communities in the subcontinent.

Since the resurgence of the Hindu nationalist Bharatiya Janata Party (BJP) in the Indian political mainstream in 2014, there has been a steady surge in sectarian nationalism and a concomitant sharpening of the anti-immigrant/refugee discourse across national and regional spaces. Duly legitimized by senior political leaders, this new narrative is based on sociopolitical othering of ‘outsiders’, stereotyping, communalization, and misinformation.

More critically, BJP’s dramatic rise has spurred fresh tensions within the Indian national project that was so far largely based on Nehruvian secular-civic-territorial nationalism, rather than cultural or ethno-religious. Add to this the rejuvenation of the ethno-linguistic ‘anti-foreigner’ discourse in Assam—a state with a long history of anti-Bangladeshi/Bengali mobilization—after the recent initiation of the National Register of Citizens (NRC) exercise aimed at identifying ‘illegal migrants’ from Bangladesh.