Many Masters, Many Slaves 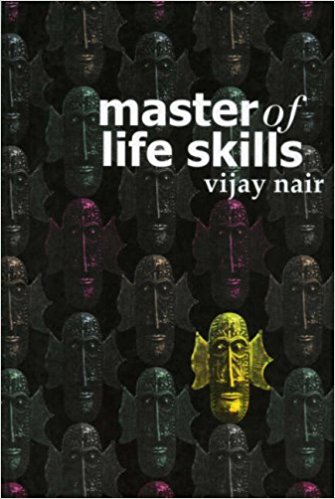 Master of Life Skills, a first novel by Vijay Nair, an organization consultant, could not have been better timed. The present day urban landscape is replete with stories of battered lives seeking solutions through ‘process work’, ‘personal growth programmes’ etc., run by modern day ‘gurus’, and almost similar to the exposés of such charlatans that often appear in our daily media, this novel under review goes to expose the charade behind the trade. In a bid to showcase the ‘inherent malevolence’ of human beings, the novel leads the reader into the dark alleyways of the mind of Vipul, the master manipulator, who plays around with the fears and anxieties of his many victims. He has at his disposal ready sufferers and he deploys his weaponry of intuitive insight, magnetism, sexual appetite, and tantric knowledge on them, which leaves them with permanent emotional scars. The novel begins with Vipul’s death and as the narrative unfolds with the stories of each of Vipul’s victims, one reads of their lives being inextricably entangled and intertwined with his.

Vipul, a PhD (whose thesis runs into merely 30 pages!) in clinical psychology from the US comes to work in a business school in Ahmedabad; he starts a personal growth programme that fuses elements of psychology with management. Soon surrounded by student seekers from whom he expects ‘total submission’ (p. 20), he acquires an Osho like status on campus and comes to be regarded as a saviour by one and all. Nandini, his wife, is merely the first one who gives ‘him charge of her life’ (p. 19). Others follow and with loyal assistance (read ‘enslavement’) from them, he sets up a life skills institute ‘Sangamitra’.

Teji, married to a professor (29 years old!) of chemistry and a research associate at the B-school, is ‘the first to succumb’ to Vipul’s charms. Independent and rebellious, Teji, who wanted to turn ‘men into lambs’ (p. 23), becomes his sidekick and ends up as an emotional wreck by the time Vipul has run through her. Dealing with his own ghosts, that of being an illegitimate child, Dipankar, is the second to surrender to Vipul. Dipankar’s hopes of redeeming his life through marriage are shattered when he discovers his wife Poonam’s abusive past (she had sexual relations with her father) which makes her turn violent towards Dipankar. Battered and bruised, he hopes that divorce would be his release.

Next comes Anirudh, fed on ‘progressive literature’ as a child, who sees his zamindar father as the villain of the piece. He blames him for his mother’s cancer, for taking on a mistress and ultimately Anirudh pretends he is dead. His surrogate father at B-school, Vipul, is only too happy to discover Anirudh and willingly takes him under his wing. A failed marriage-attempt and a failed suicide-attempt later, the possibility of an impending marriage awaits him. Shankar, the fourth victim, referred to as ‘a psychological orphan’ (p. 61), has a crook for a father and a lawyer for a mother. All the attempts by his mother and wife Akila to reform him fail as they discover he is irredeemably susceptible to corruption, infidelity, marijuana etc. The turn of events in his life makes him seek the diabolical world of Vipul and the murky waters of Sangamitra.

Shanti, early on in her life, is sexually abused by her uncle and consequently falls into a routine of casual sex and chance encounters with several men until she decides to seek help through the programme that Vipul runs. However, unlike others she does not really need Vipul as her crutch. She ends her self-abuse on her own terms and instead seeks fulfilment in Ruksana, a fellow traveller at the programme. Ruksana, on the other hand, discovers her childhood friend Mukesh, whom she plans to marry. Their lives are thus intertwined in a saga of jealousy, seduction and manipulation finally ending in Mukesh’s death, which also ‘signals the end of the Programme and of Sangamitra.’ (p. 185).

As Vipul claims, he seeks in his ‘process workers’ (i.e., life skills experts) identities which ‘reflect the most common failings’ (p. 118) and consequently he goes about seeking a rebel, a coward, a fugitive and a crook in Teji, Anirudh, Dipankar and Shankar respectively, and to complete the perfect picture with a ‘whore’ and a ‘virgin’, he stumbles upon Shanti and Ruksana. Even though Vipul is the pivot of the narrative, his story is not more extraordinary than the others in the novel—a dead mother, a dominating sister, an indifferent father, a childhood encounter with a tantric who sodomizes him—events which colour his life and lead him down the dizzy path of seduction and manipulation as he runs through his victims in the course of the narrative. However, the ‘inherent malevolence’ that the blurb of the novel promises is betrayed when, Vipul, towards the end of his life is haunted by the ghost of his own spectral conscience. His end comes when his wife Nandini pulls at his oxygen supply and one assumes that the much-needed release for all concerned has finally been delivered unto them. However, malevolence rises phoenix-like when towards the end of the novel, Nandini, who has been biding her time, decides to take it upon herself to become a life skills expert and revive ‘Sangamitra’.

Though Nair handles the affairs of the mind with sufficient finesse and expertise, quite problematically and almost as a surprise in the end, he enjoins Vipul’s character with a conscience which plot-wise seems implausible and quite out of place. Otherwise, the characters are fairly well fleshed out and Nair’s eye for detail has to be appreciated. However, the novel often tires and overwhelms the reader as it is overcrowded with characters and their unending problems. But what remains truly inscrutable till the very end for the reader is the unnecessary historical signposting and a compulsive sprinkling of historical events such as India’s partition, riots, emergency, Indo-Pakistan war, Indira Gandhi’s assassination through the narrative—one fails to understand the point, if any. As a first novel by one, otherwise used to directing plays, it is worth a read if you are a reader who is truly interested in mind games and psychology, but if you are someone enchanted with modern day gurus and their promises of deliverance, this may not be the book for you because it is sure to put you off such an endeavour forever.