Many Influences Of Badal Sircar 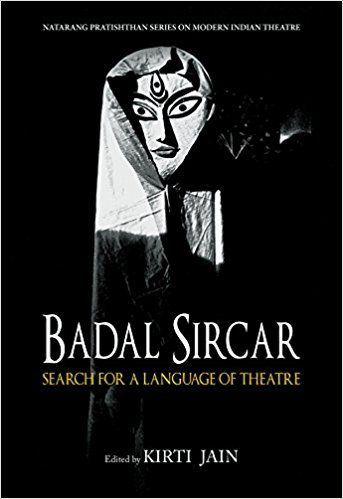 In a country where audio and filmic documentation of theatre is abysmally poor, Badal Sircar will perhaps be remembered primarily as a playwright simply because we don’t have nearly enough record of his plays in performance for future generations, and what we have is not of very good quality. A large number of his plays do however exist in print, and they will doubtless survive the test of time. To see Badal Sircar as primarily a playwright is, however, to do him a disservice. He was a practitioner—he not only wrote plays, he directed them, acted in them, worked out the scenography (even if it only involved re-arranging audience seating to be part of the action, as he did in his classic Michhil), and came to evolve a set of psychophysical exercises for actor training that embodied his overall philosophy, politics, aesthetics and method of theatre making.

Badal Sircar: Search for a Language of Theatre, edited by Kirti Jain, is a source book on Badal Sircar, containing his own writings, interviews with him, and reflections on his work by a number of leading theatre makers and scholars. It also contains a lengthy introduction by the editor, which is an example of detailed and meticulous study, fair representation, and a sympathetically critical engagement with the totality of his work. The book helps us understand the influences that shaped Badal Sircar’s work, his outlook, and his style. It provides compelling insights into his influence on the tradition of playwriting in Bengal, and helps us appreciate the enormous impact he had on theatre in several languages, including Marathi, Hindi and Kannada.