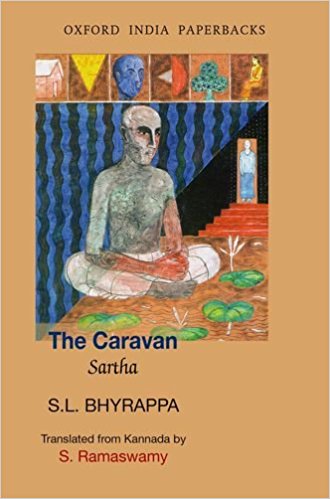 S.L. Bhyrappa is one of Kannada’s most prolific and popular writer, having won several literary awards within and without the state. Outside Karnataka, he may be known more from his novels that were made into films during the 1970s, including Vamsavriksha (directed by Girish Karnad and B.V. Karanth) and Tabbaliyu Ninade Magane which was made into Godhuli (directed by B.V. Karanth). This was a time when the parallel cinema movement was at its height and literary works from several regional languages appeared on the national screens, allowing us a glimpse into other worlds and other languages. The Sahitya Akademi has worked hard for decades at moving Indian literatures from one language to another, but it was not until the early 1990s that private Indian publishers took on translations as a concerted enterprise. The translation was funded by the MR. AR. Educational Society whose stated aim is to “sponsor Indian literature.”