Madrasa Education: Not A Medieval Throwback 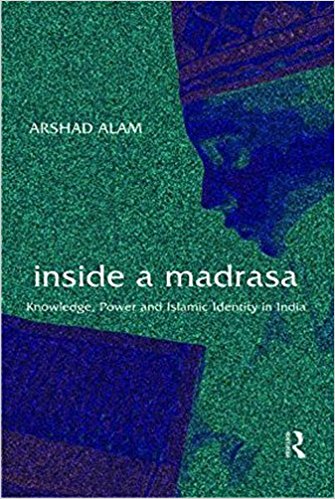 In recent days there has been newspaper coverage of allegations on the part of leaders of the Barelvi denomination (maslak) of Sunni Muslims that their rival Deobandis in India are jihadis and ‘Wahhabis’, even terrorists. There is not an iota of evidence to support this, and indeed it is Deobandis who have been most visible in their condemnation of such activities (convening for example a meeting of some 10,000 scholars in 2008 to condemn terrorism). Given the real problems faced by Muslims, such gratuitous slander seems nothing short of madness. Arshad Alam’s book makes a remark-able contribution to understanding what turns out to be a major contri-bution of madrasa education: inculcating the con-viction that other Muslims-not the Hindu right, not secularism, not ‘the West’-must be re-cognized as enemies of the Prophet and the grea-test threat to Islam today.From that it is perhaps logical to see Deobandis as a danger overall. Alam quickly dis-misses a range of conventional assumptions articulated by many Muslims and non-Muslims alike: that madrasa edu-cation represents a me-dieval throwback, that madrasas in India foment terrorism, that madrasas inculcate hatred of non-Muslims. He provides a perspective as well on the argument that parents turn to madrasa education for lack of alternative state institutions. Such institutions may indeed be lacking, but Alam makes clear that there are also what are perceived as positive advantages of a madrasa education.