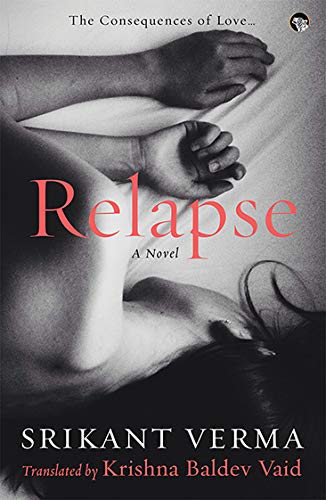 One of the challenges of translating an Indian text into English is the constant tussle between the ‘Indianness’ of the original and the ostensible foreignness of the English language. But what if a Hindi novel is translated in such a way that the English version is at each and every moment conscious of its nature of being a translation? I would describe Krishna Baldev Vaid’s translation of Srikant Verma’s Relapse: A Novel in exactly these terms. The story of a man and a woman embroiled in the bitter relations of the past and a sad hope for the future comes to the reader as, not a novel written in English, but something that has been transported from Hindi with all its honours and propriety. The language that Vaid has employed is not that of the English novel, of Forster and Kipling, but can be described as that which remains true to the meaning of Anuvād.  Bharatendu Harishchandra, the father of modern Hindi literature, defines Anuvād as, ‘as it is spoken’. Vaid’s translation too gives an impression that the original characters of the Hindi novel are now speaking in English. The effect of the translation is localized so much that the language appears accentual. The essence of the Hindi is therefore maintained at crucial moments where a specific emotion needs to be generated.