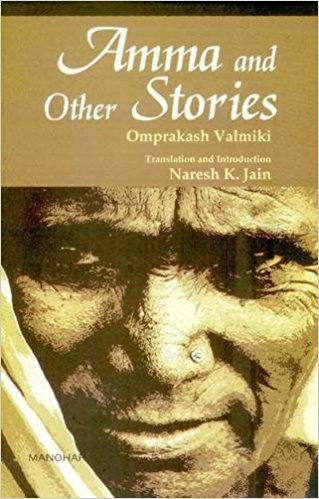 The knowledge of the universe in the social sciences can be divided into two exclusive spheres—normative and creative. Both provide an understanding of the history, economy, culture and politics of existing societies. The two have to be seen as complementing rather than conflicting domains. Creative art forms like novels, poetry and short stories and other representational forms such as fiction, autobiography and testimony may not substitute for normative theory, but they certainly provide insights, which could be a narrative history that portrays the objective conditions of the people and society. Hence, the assertions of the subordinated people and women in recent times to contribute to the creative domain are unprecedented, yet they could not gain adequate significance in mainstream social science academics.

Thus, literature is that genre in the creative domain which acquires convergence with the normative domain and it should granted its due place in terms of understanding the existing social realities and objective conditions of real life-worlds.

There is a quest among subordinated peoples to revitalize their culture and arts and employ these as an effective tool in their struggle for redistribution of resources and goods, as well as recognition. Manifestation of this dynamic process assumes greater significance in view of the emerging vast literature on gender and identity politics. Cultural identity with dignity is integral to human existence for the social world and gets represented and understood in the form of a multi-dimensional space where social agents and groups are defined or identified by their relative positions in this space. The perception of the social space one occupies in this social world is revealed through social praxis, central to culture, since social life is practical and represents objective realities. The anthology under review is about this multi-dimensional space where social life is determined by the traditional order.

Ompraksh Valmiki’s short stories capture nature’s every image and myriad aspects of human emotions. This collection aptly depicts the caste and patriarchal society which overlies the world of the subordinated social group and gender. Omprakash writes to probe what he has chosen to be the subject matter and plot of his stories. Amma is about struggle for survival in a caste ridden society and how scavenger communities continue to engage in filthy jobs merely to have two meals a day. The story also depicts the sexual aberrances of the dominant caste. ‘Web of Intrigue’ is on how caste haunts the untouchables from school, college and office so as to devalue, demoralize and deprive recognition. ‘Homeless’ is again based on the sexual abuse/exploitation of the poor, voiceless female brick kiln workers by males of the rich dominant caste on several pretexts. ‘Umbrella’ reflects the importance of dalit education and how dominant castes ridicule reservation and dalit mobility. Each story is sharply expressed terms of oneness with the masses. The book has fifteen stories, the English translations of which were published in different literary journals in Hindi.

Each story narrates diverse aspects of the conditions of the dalits in various walks of lives. They form a powerful instrument for the conscientization process. All the stories deserve a separate elaborate analysis so as to do justice to the immense sequence of events, use of metaphors, language and graphic depiction of caste based graded inequalities and discrimination. Therefore, I have randomly selected a few stories for the purpose of review.

One of the most painful tales ‘Shavayatra’ is a story about the Balhar, a service caste to dalits (Chamars) in North India. The story provides an understanding of multiple dimensions of untouchability, discrimination and subordinations within the micro level caste structure. Besides it illustrates the shortcomings of contemporary dalit politics and movement. Surja’s grand daughter Saloni falls ill seriously while his son, Kallan and his family come from the town and stay long enough to build their dream-house in their own village. Saloni dies as medical treatment is denied her by the Chamar and other doctors (who are Dalit and non-dalits), whom the Surja family served for many decades. ‘No one from the village came to the Balhars either to help to carry the dead body or join in the funeral procession. Caste stood in their way. Kallan had tried hard. He had gone and met the people in the Ravidas Mandal and Doctor Ambedkar Youth Forum but no one was prepared to come. Everyone slinked away on one pretext or the other. He (Kallan) recalling the speeches made at the Ambedkar Jayanti . . . hollow and unreal’ (p. 222). This story has some similarity with the Tamil novel Koveru Kazhuthaigal (1994) by Imayam and its English translation—Beasts of Burden (2001) and a series of reports on Puthirai Vannars (Service Caste of Dalits) in Tamil Nadu by Tehelka in 2005. The study entitled ‘Untouchability among Untouchables: A Socio-Cultural Subordination of Puthirai Vannar in Tamil Nadu’, which was carried out by this reviewer and Ragupathy, proved that the existence of caste hierarchy and discrimination among the untouchables are not just imaginary but persisting realities.

‘Storm’ is reflects of the secret desires of Mr. Sukkar Lal a first generation Dalit who had carved an niche for himself helped by his modern education, liberal democracy and positive discrimination of the Indian state. Among the many unknown revelations that Lal shares with those who have achieved social mobility is the inability to forgo their roots and unpleasant past, but they lack the courage to immerse themselves into the present. In other words they are locked in an infernal cycle. ‘They live concealing their (Scheduled) caste; They don’t now recognize their own people; that is how all educated people are; they introduce their father as a servant, etc. etc’. The conversations/conflicts between Lal and his wife at one level justify the kind of people who conceal their caste. On the other hand a dialogue between Lal and his daughter Pinki provoke a real storm in the reader’s mind.

‘The scratch inscribed on his tender, innocent consciousness goes deepened with the passage of time. It has been said, ‘A knot in the mind, once tied, is difficult to unravel’. That Twenty-five fours are a hundred and fifty started haunting him (Sudeep) day and night’ (p. 132). A story of a landlord’s fraudulence, an unlettered innocent labourer and his son’s mathematics class, it exposes the betrayal of trust and the unethical attitudes of the caste Hindu. Likewise, ‘Eclipse’ is a tale of how badly women are treated in a dominant caste milieu, if she cannot bear a child, specifically a male child. As well as how a ‘lower caste’ man Ramesar’s body is used by a dominant caste woman (Biram’s bahu) in a desperate situation, but who later disowns him. The psychologically fractured young dalit hunts for a mysterious love during a lunar eclipse. Ompraksh Valmiki probes intensively into diverse aspects/ issues that he has heard about and observed. His anthology is certainly a useful reader for students of social sciences to enable them to better grasp life’s realities.