Listening to ‘The Three Bhakti Voices’ 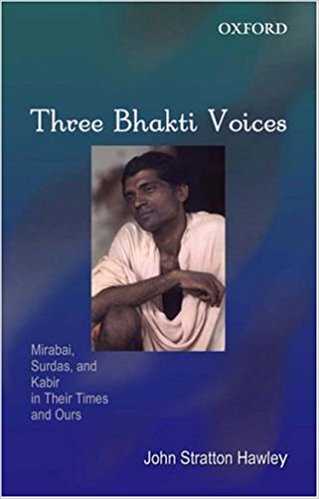 If one did not read the preface quite carefully, one is not likely to realize that the volume under review contains articles published over a span of thirty years. (The essay on the ‘Sur tradition’ was first published in 1979). Hawley has put these diverse essays in such a way that a clear consistency of the concerns and argument characterizes his treatment of the ‘Three Bhakti Voices’—so distinct from each other. Hawley’s book firmly rooted in careful reading of the manuscripts, questions many a commonsensical position prevalent among the scholars of Bhakti poetry. The standard historical schemata prevalent in the university departments of Hindi literature divide the Bhakti poets into mutually exclusive, in fact, antagonistic categories of the devotees of the formless God (Nirguna) and those devoted to some incarnation of God (Saguna), these categories are also supposed to be indicative of the orientations and worldviews, one being radical and the other being the orthodox. Having internalized this categorization, the critics and scholars pick and choose their favourites and not so favourites.