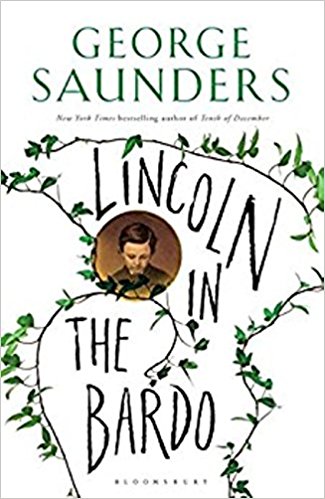 What is the place of grief in the pursuit of greatness? George Saunders explores this theme in his new book Lincoln in the Bardo. Did Abraham Lincoln emerge tempered by the deaths of his children? Did his greatness come at too great a personal cost? Would he have traded his place in history for one more day with his son Willy?

The year in the book is 1862 and the American Civil War is a year old and no one knows yet what changes it will bring. President Lincoln and his wife Mary are organizing an annual reception, an event which would later be variously described in the memoirs and diaries of their contemporaries. Taking the testimony of various historical sources, Saunders paints the presidential couple as graceful hosts, whose smiles are imperceptibly tinged with worry for their son William Wallace Lincoln. Little Willy, Lincoln’s favourite child, lies upstairs in the ‘Prince of Wales’ bedroom under a maroon coverlet battling the end stages of typhoid, a disease that has possibly been contracted by him because of contaminated water drawn from the Potomac, which was the main source of water for the White House and along which Lincoln’s soldiers were encamped. Shortly after, Willy dies and the book’s story really begins.