Letters from a Prison Cell 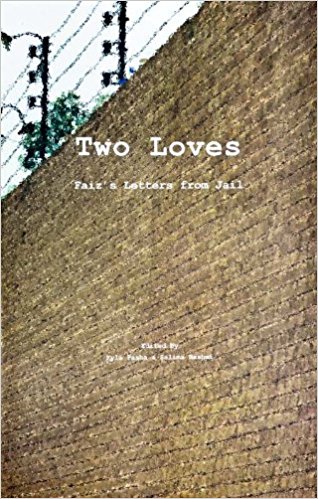 I run my hand over this large volume with a pictorial cover of a brown prison wall, pierced diagonally with barbed wire, a patch of a sky, a few forlorn trees standing behind parallel search lights and a sentry standing erect before a guard room. Inside the volume is the story of two loves; Faiz Ahmed Faizs letters written to Alys during his years in prison for the infamous Rawalpindi Conspiracy Case. There were a total of 135 letters that Faiz wrote to his wife Alys from 7 June, 1951 to 9 April, 1955. 92 of then were written from Hyderabad Prison, 8 from Karachi where he was sent from the prison for medical reasons and 35 from Montgomery (now called Sahiwal) Jail. The letters are written in English, in his beautiful handwriting. They were rendered into Urdu, thanks to the persistence of his friend Mirza Zafarul Hassan. Zafar thrust pen and paper in the poets reluctant hands, having made up his mind that Faizs letters would be translated by none other than Faiz.

There are several reasons for future generations to be grateful for this persistence.

The volume Two Loves contains only 25 of the 135 letters. In 1978, Faiz Sahib and Alys left Pakistan for Beirut in self-imposed exile. For three years their home was closed. When they reopened the home, they found everything in its place. All, except one cupboard which had been attacked by termites. Alys opened the cupboard and retrieved a wicker basket in which she had stored all her precious letters. The termites had turned almost all to white dust; she cried. Faiz consoled her, saying that the letters were safe in their Urdu translations. The book containing them had been published entitled Saleebain Mere Dareechey Mein (Crucifixes at My Window) with a cover designed by the legendary artist Sadeqain.