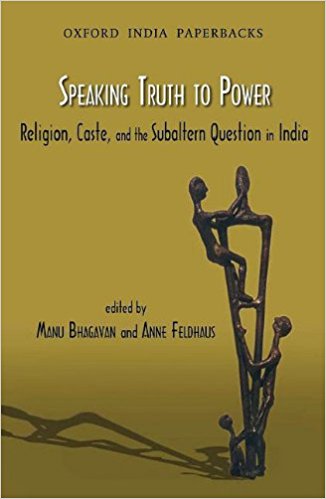 Anyone who has ventured to study, understand and examine the struggle of the Mahars of Maharashtra for a better life and status could never do so without reading Zelliot. The book under review is one of the two volumes brought out as a tribute to the life and works of Eleanor Zelliot. The contributors to this volume are friends and students and other scholars whose intellectual life has been touched by her inspiring personality. As the title of this volume suggests, various contributions take stock of religion and caste in a historical context largely focusing on the western Indian social formations. Though the editors of the volume are right in characterizing the release of the first volume of Subaltern Studies in 1982 as ‘a watershed in scholarly inquiry’, yet it is important to mention that caste with specific reference to dalits was never a priority in the writings of the subaltern scholars.

Most of the contributions in this volume seem to be in agreement that in the life of the Indian dalits and other lower castes religion was central to the construction of rejection, revolt and ideology against the caste system.

There is also an underlying assumption that without the medium of religion, revolt against the caste system was neither probable nor possible. Or one may go with Barrington Moore Jr, to argue that the Indian subalterns were so divided along various lines, such as caste and religion to name a few, that they could not unite and wage a struggle. The issue becomes complex when we touch upon the issue of religion in relation to social transformation. Detailed discussion of each of the fourteen contributions in this volume may turn out to be too cumbersome an exercise, but an attempt would be made here to highlight the significant issues raised by each article.