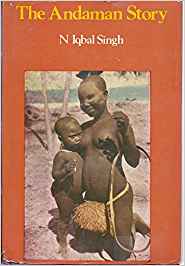 The Andaman and Nicobar islands for all their remoteness have nevertheless been the subject of a number of books. Among the classics in ethnography is the study of the tribes of the islands by Radcliffe Brown and as ethnographical studies go it has yet to be replaced. The history of the islands, recorded essentially from the early nineteenth century onwards, tends to be marginal to the history of the subconti­nent, yet, because of the function of one of the islands as a penal settlement the perspective on the history of the Indian subcontinent has a certain uniqueness. It remains something of an accident that the islands came under British rule, when in fact their physical proximity is greater to South-East Asia. This was not however entirely a quirk of colonial enterprise since their location in the Indian Ocean made of them an area of great strategic impor­tance in the maritime control over the ocean and with the expansion of commer­cial links with South-East Asia and China by the mid-nineteenth century, such a location was bound to be of considerable significance.

Prior to their inclusion in the European colonial circuit the islands, which number many hundred, were characterized by cul­tures conforming to food-gathering and primitive horticulture seen as among the survivals of early human social and eco­nomic organization. Burial rites involving primary and secondary burial and com­munal ossuaries are suggestive of early megalithic practices and one may hope that serious archaeological work will be started soon in these areas. A distinction was also made between the coastal tribes and those of the jungles of the interior but the dependence of both on the environ­ment was similar. A further distinction separated the friendlier tribes such as the Onges of the Little Andamans from the Jarawas of the Great Andamans, the latter renowned for their fierce hostility to outsiders.

The remoteness of the islands made them an ideal place for a penal settlement and it was with this in view that they were cursorily surveyed in the eighteenth cen­tury but the idea was not developed until a century later. Eventually it was as a penal settlement that the islands serviced the British Empire in India. There were many natural advantages as seen by the inhuman penal system of the last century. Remoteness from civilization coupled with the hostility of the indigenous population made of the settlement a living death. In fact the death rate was as high as forty per cent. Poor living conditions within the jail were aggravated by the addiction to opium and by syphillis.

No attempt was made to try and deve­lop the area until the early twentieth cen­tury when the forest wealth of the Andamans began to be exploited. Rather than use convict labour for this purpose there was a preference for the induction of cheap labour from elsewhere, the Karens of Burma, the Moplahs from Kerala and volunteers from the Punjab. The arrival of yet another category of people in the form of cheap labour in­creased the tensions which had already developed between the authorities and the convicts.

Such tensions were articulated more clearly by a group among the convicts, the political prisoners, who were to play an important part in the history of the is­lands. From 1857 onwards, kala-pani, penal servitude in the Andamans was like a sentence of death. Innumerable muti­neers and terrorists accused of sedition were sent across the seas to the Andamans; among them, the Savarkar brothers invol­ved in the Nasik conspiracy case, the members of the Chittagong armoury raid and the Kakori conspiracy. Political prisoners were to prove a problem for the authorities since they organized hunger strikes against bad food and bad treat­ment and rebellion within the penal settle­ment was not easy to cope with.

One of the most interesting sections of the book is the description of the occu­pation of the islands by the Japanese forces and the slogan of ‘Asian co-pros­perity’. The visit of Subhas Bose during 1943-45 and his collusion with the Japanese regime to the extent of turning a blind eye to the inequities of the Japa­nese occupation government vis-a-vis Indians reveals some of the weaknesses in the politics of Bose. Whether it can be argued that Bose was gulled by the Japanese or whether he was deliberately unconcerned about the condition of Indians is a judgement which has yet to be made; but this vignette on one aspect of Subhas Bose and the ‘Provisional Government of Free India’ should have a salutory effect on those who see the epi­sode of Subhas Bose in Indian nation­alism as one of unalloyed loyalty to the Indian cause.

Iqbal Singh’s book narrates the history of the Andaman islands in a lively manner and inter-relates the perspectives of ethno­graphy, history and politics to highlight the underlying structure of the situation in the islands. One may not always agree with the author’s views on the kind of development required in such an area but this is marginal to the main thrust of the book. Iqbal Singh maintains a balance between the romantic concern over dis­appearing cultures and the heavy hand of authoritarian development. What he does bring into focus is that the Andamans are not just the remote islands of a primitive paradise but are now the home of a new community of Indian settlers drawn from diverse parts of the subcontinent and this poses problems of a very individual kind for the islands.