Journey of the Secret Ballot 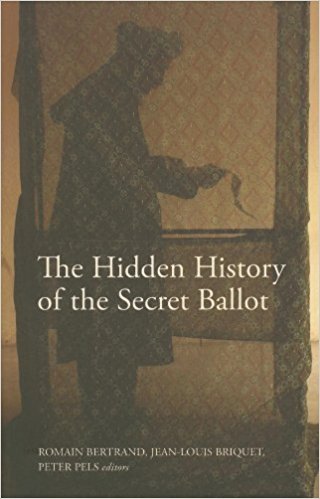 Although it presents itself as a historical ethnography, this is as much a volume in the rather rare but always exciting genre of political ethnography. The essays explore – in a variety of country contexts, some historical, others contemporary – the meaning of the vote as a material technology as well as performance. While elections as ritual performances or festive occasions have received some scholarly attention, the idea of studying the secret ballot is an imaginative one, and all the more valuable because it spans the experiences of countries as dissimilar as the United States and Britain, on the one hand, and Iran, Indonesia, India and Tanzania (to name only a few) on the other. The adoption of the secret ballot as the central instrument of elections is obviously not unrelated to the principle of universal suffrage. In India, the Sapru Committee recommended – in the face of some opposition amongst members of the Constituent Assembly – that universal adult franchise be adopted by the infant republic.

In opposition to the objection that unlettered voters lacked political competence, the Committee offered the argument that exercising the franchise would itself become a means of political education. That the worry about the political competence of the ordinary citizen was fairly widespread is signalled by Nehru’s relieved declaration, after the first General Election, that all his doubts on this score had been conclusively settled.