Jewel in the Crown Prototypes 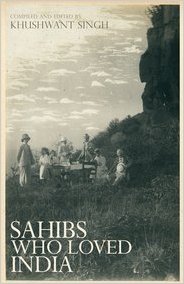 Sahibs who loved India? Khushwant Singh didn’t know too many. I knew four sahibs who loved India so much that they stayed on after independence, lived and died in India and called this country their home. These were charismatic men, decidedly charming, often alarming—and eccentric in the endearing style that only an Englishman can successfully carry off. Take Desmond Doig (well, he died in Nepal, but that’s a detail). Artist, photographer, writer and raconteur, Desmond was born and educated in India and chose to continue to live here despite the rest of his family having ‘gone home’ to England post-independence. He did wonderful sketches and water-colours of Calcutta, Delhi, Goa and Kathmandu; he went on the yeti-hunting expedition with his good friend, Edmund Hillary; he ‘discovered’ for the world a shy young nun called Mother Teresa who was doing something wonderful for God in the filthy hovels of Calcutta; he wrote copiously for The Statesman, embellishing his articles with his brilliant photographs; and he was the founder-editor of India’s first youth magazine, the JS, which arguably ‘created’ the Indian teenager.

Second on my list is Brian St John (pronounced Sinjin) Conway who, after one post-independence trip to England to meet his sisters and their families who had settled there, said ‘Never again’, and lived happily in rooms at the Saturday Club in Calcutta, doing the London Times crossword; attending the races wearing a tweed jacket and a hat with a rakish feather tucked into the band; listening to his wondrous collection of western classical music; and pronouncing on the authenticity of the Melton Mowbray pies presented for his opinion by the club ‘khansamas’ who loved him as much as he loved them—and his adopted homeland.

Then there was the erudite Lindsay Emmerson, feared and respected leader-writer for The Statesman, whose love for India and for his Indian wife, was legendary. Beneath his crusty exterior beat the proverbial heart of gold, soft as a toffee when it came to putting shy young wives (like me) of his junior colleagues at ease.