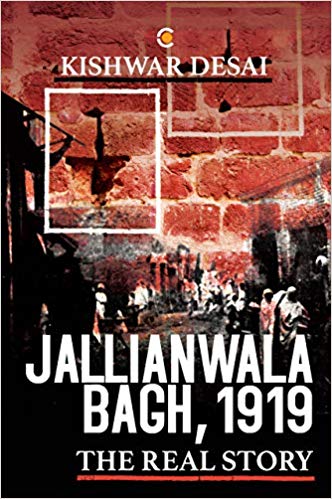 By the time World War I entered its final phase in 1917-18, there was growing resentment over the massive use of India’s resources in a war that was being fought for furthering Britain’s imperial interests. Apart from money and supplies, India was compelled to contribute nearly fifteen lakh soldiers as part of its war ‘effort’. The soldiers fought in distant lands, in the killing fields of Europe, under the most appalling conditions, for an alien cause that would ultimately prolong the subjugation of the Indian people. About 75,000 Indian soldiers were killed in the fighting. The colonial authorities resorted to coercive measures to enlist Indian soldiers as cannon fodder. Informal conscription was introduced in major recruiting zones such as Punjab, where quotas for enlistment were imposed on villages. Recruitment was stepped up from mid-1917 onwards, and by April 1918 it was expected that the number of soldiers sent by the province would reach the figure of 200,000. Village and tehsil officials became hated recruiting agents. All this led to widespread disaffection that would become a significant factor in the popular anti-colonial post-war upsurge in Punjab and other parts of India. The Jallianwala Bagh massacre was intended to teach malcontents a lesson they would not forget easily. If Punjab did not behave properly, this was the kind of punishment that would be meted out to its disloyal subjects. Kishwar Desai’s study of the massacre at Amritsar on Baisakhi in 1919 situates the actions of Reginald Dyer, ‘the butcher of Amritsar’, within the larger history of colonial repression in Punjab during and after the war; and this is a chilling story.

Michael O’Dwyer, Lieutenant Governor of the province from 1913 to 1919, architect of the reign of terror, emerges as the real villain of the story. He seems to have been able to conceal the actual extent of the tyranny exercised by the provincial government from his superiors in New Delhi and London, or perhaps Governor-General Lord Chelmsford was not bothered about what was happening in Punjab as long as the recruitment of soldiers remained unimpeded. It is not without reason that Udham Singh’s anger was directed at O’Dwyer, whom he assassinated two decades later and was then executed. Jallianwala Bagh had a long after-life.

During the war, Ghadar revolutionaries had tried to mobilize people in Punjab against forced military recruitment, and had worked to overthrow British rule through a mutiny. The plan for the mutiny failed, as it was bound to, given the vast resources at the disposal of the colonial state. However, Ghadarite resistance was a major reason for imposing the draconian Defence of India Act of 1915. After the war, the Anarchical and Revolutionary Crimes Act, better known as the Rowlatt Act, was brought in to check the rising tide of popular resistance and revolutionary mobilization. The provisions of this Act were even more stringent than those of the 1915 legislation. That is how Indians were rewarded for their outstanding, though mostly involuntary, contribution to the Allied victory in the First World War.