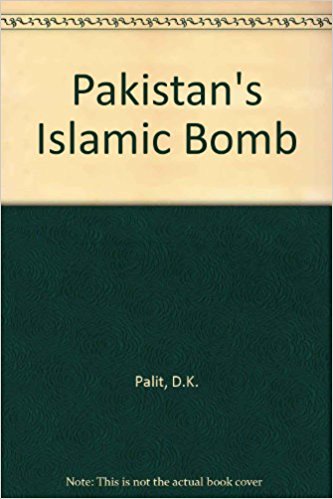 It is to Zulfikar Ali Bhutto that the credit for embarking Pakistan on a nuclear course goes. The idea of an Is­lamic Bomb was his and it was he who against much opposition, set up the Pakistan Institute of Nuclear Science and Technology and started negotiations for the Karachi Nuclear Power Plant. As far back as 1964, as Foreign Minister, he had urged Ayub Khan to sanction Rs. 300 million to set up· a Nuclear re­processing plant. At that time, it was to be a Pakistan Bomb but he realized that Pakistan lacked the financial resources to go it alone and so hit upon the idea of Pakistan developing an Islamic Bomb on behalf of all the Arab and Islamic countries. The Arabs had suffered four humiliating military defeats at the hands of Israel and it was easy for Bhutto, endowed as he was with much charm, persuasive manners and intellectual bril­liance, to convince Colonel Gaddaffi, King Soud and the other oil rich Arab states that as Israel already had nuclear capa­city, it was essential for the Arabs to have it too.