Islam: Past And Present 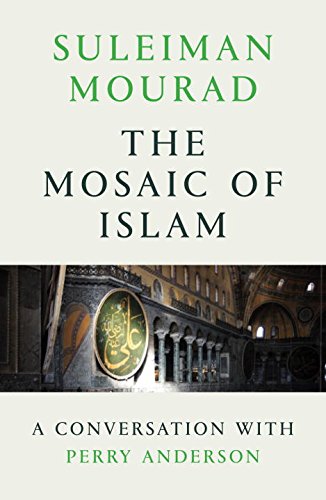 The four essays in this book are arranged around questions concerning Islam, both past and present, posed by Perry Anderson, a prominent historian and sociologist who has worked on Indian and western social formations. These questions are responded to in a conversational tone by Suleiman Mourad, a noted scholar of Islam, well-versed in both American and Islamicate pedagogy. Their talents combine to give the reader access to the social, economic, and political context of overtly religious doctrines, delivered in a question and answer form. The format of inquiry is stimulating and thought provoking; since the information is delivered with a casual cadence, it allows the reader to process the information in an informal manner. The essays are divided according to a loose chronology.

‘The Qur’an and Muhammad’ concerns the time concurrent to the Prophet and immediately thereafter, focusing on the development of a body of literature that grew to surround him and his companions.

Mourad questions basic assumptions about this period and explains their ontology, for example the status of the Qur’an and how certain traditions contributed to the way in which it is handled by Muslims today. He also takes an interesting comparative view with Judaism and Christianity, exploring their genesis and the development of their dogmas in a politico-economic context, and how they related to the newly developing monotheist creed of Islam during this early period. Mourad contends that the early followers of Muhammad simply saw themselves as a subset of the community of monotheists, and that Islam only developed into a self-aware religious identity over the course of expansion by the Arabs under the later caliphs.