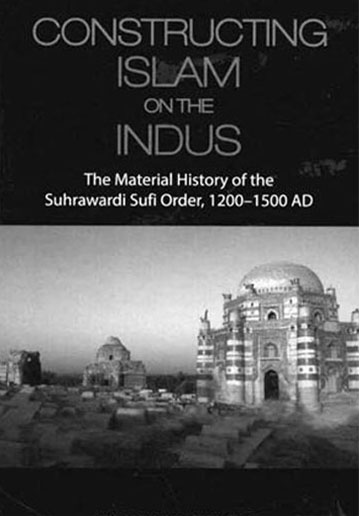 Hasan Ali Khan, the author of the book under review, teaches at Habib University in Pakistan. Unlike most of the historians, he is an architect by training. Not surprisingly, this professional hybridity of the author has added a new dimension to his research engagement which the learned and inquisitive readers should aspire to explore. Ali Khan undermines the received narrative of Shi’ism, and particularly of Ismailism in the area being marginalized by Sunnism by the thirteenth century, and demonstrates its continued presence in the guise of Sufism. This is an argument that has often been stated but never before illustrated in such a forceful manner, and certainly not by claiming that an Ismaili-Shia-Sufi polity continued to prevail well into the Mughal times.

Sufism has long been reckoned to have linkages with Shi’ism but concrete supportive evidence was never placed on the table. The author shows this connection in the light of current scholarly works on the subject, historical sources, and most importantly, metaphysics and archaeological evidences. The monuments of the Suhrawardi Order in this region constitute a unique building archetype. Archaeological evidences and discussions on the metaphysical commonalities between Shi’ism/Ismailism and the Suhrawardi Sufi Order have enhanced the value of the book.