Into That Heaven of Freedom 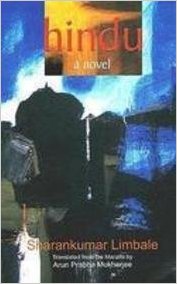 The lack of sensitive models of inter-societal, inter-cultural and inter-personal exchanges emerges as the root cause of violence, misconstructions and exploitation in Sharankumar Limbale’s landmark Marathi novel, Hindu. The English translation of Hindu by Arun Prabha Mukherjee has opened the apparently transcasteist urban space to an awareness of the core issues haunting dalit politics and aesthetics in India today. Hindu opens with a murder, but it is clear at the very outset that it is not a murder mystery. A group of higher caste villagers kill Tatya Kamble, the dalit activist, because Kamble had, through his Ambedkarite jalsa, the folk theatre, posed a threat to the established order of the village by inciting the members of his caste, Mahars, to convert into Buddhism, and to become free of the shackles that their caste had put on them. Dalit conversions to other religions have always created anxiety, and there have been instances of legislations being contemplated against conversion.

Hindu thus probes, as the translator says in her Introduction, ‘a painful nerve in India’s body politic: the ongoing violence against dalits and the dalit threats of conversion to other religions’ (p. xvii). In its cultural space, love and hope are thwarted, and hypocrisy and political manipulation breed violence.