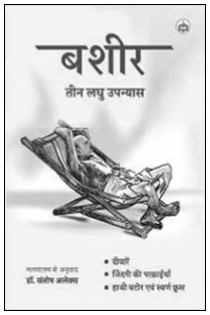 From the very beginning, Vaikom Muhammad Basheer’s writing grips you. The very first story in the collection declares itself as a love story. Not only that, the narrator of this story does so by directly asking the readers a simple question: ‘Aap logon mein kisi ne Deewaarein naamak chhoti-si prem kahaani ke bare mein kabhi sunaa hai?’ or, ‘Has any one of you ever heard of a little love story called Walls?’ This sentence is simultaneously a play on reading as well as the art of narrating: we find that the story that the narrator is asking the readers about is actually the story that the readers are currently reading. In other words, ‘Deewaarein’ is the title of the story.

The writer’s playfulness is visible throughout this first story. This is not only a love story between two people, but also a story of the protagonist—also a writer—and his everyday life in prison. The time period that the story is set in, the colonial period, was also when Basheer himself was incarcerated in prison. This return, not only to the site of the prison but also thinking about the narrator as writer, forces the readers to re-think the distinction between lived experience and fictional narrative, and how these are often intertwined. The first story in the collection is also an exercise in re-visiting questions of genre: as marked before, at the heart of it, the story is a love story, between the imprisoned narrator and another imprisoned female inmate called Narayani. The narrator and Narayani never meet each other and only communicate with each other across a boundary wall. However, a love story is used as a vehicle to communicate not only romantic loss—the narrator of the story is released before he is ever able to meet Narayani—but also to speak about the pecking order in prison where life inside may just be more comfortable and, even preferred, to the life outside.