Internal Dynamics of the Eastern Bloc 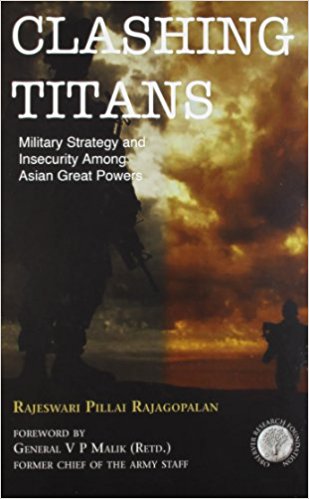 If the world has a ‘West’ and an ‘East’ , it is fairly well established that the center of gravity is shifting to the East. The author goes a bit deeper into this conclusion to say that the East is not a peaceful homogenous bloc. There is according to Rajagopalan, military growth amongst them that is fuelling insecurity. Whether the military growth led insecurity would lead these four nations —the US, China, Russia and Japan to clash, is the subject of the last chapter thereby leading her to the title ‘Clashing Titans’. There is an unusual assumption at the heart of the book, and that is the theory that military growth has an autonomous element that may not be a stately and logical process whereby states have governments that firmly control defence budgets and thereby make the growth of their armed forces subservient to a grand strategic policy. Rajagopalan’s theory is not entirely new, and harks back to, for instance, the military growth of Welhelmine Germany and the High Sea Fleet that drove the Anglo-German rivalry, which was otherwise devoid of economic or diplomatic causes, and eventually led to the First World War.