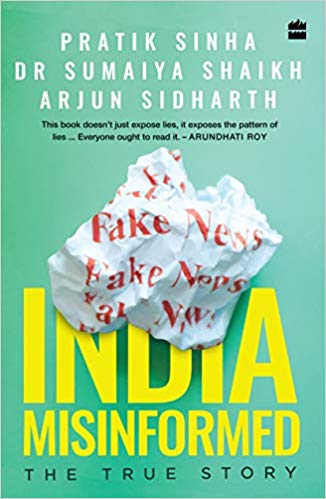 Last year, a promotional video produced in Pakistan for the purpose of spreading awareness to the general public against rampant kidnapping of children from the street, which shows dramatization of a child getting picked up from a street by kidnappers on a motorcycle, was doctored in such a way that it looked like a CCTV footage of an actual kidnapping taking place. The street appears to be like any normal street in India with normal Indian children playing on the streets. The doctored video was shared on WhatsApp, and horrified parents, concerned for the safety of their children in India, forwarded the video in large numbers without verification. The viral video led to the first incident of mob lynching in Assam, where people lynched a couple of young men outside Guwahati who had driven out of the city for some nature exploration, because one of them had long hair and looked like a child kidnapper to the eyes which were not exposed to perceiving cultural diversity. Unfortunately, this was just the beginning of what has turned out to be one of the most excruciating social predicaments. Many States witnessed mob-lynching incidents after this, such as Rajasthan, Bihar, Jharkhand, Maharashtra, Karnataka, Telangana and Tamil Nadu. In fact, mob-lynching incidents are still taking place in Uttar Pradesh, especially in semi-urban and rural areas. People are in a state of panic and attacking anyone who looks suspicious, and in this scenario, more often mentally disturbed individuals, elderly persons and women are becoming targets.

Fake news and misinformation are challenging the democratic and secular fabric of Indian society. WhatsApp with over 400 million users in India alone has been held responsible for the efficiency attributed to fake news going viral in India. One can only imagine apprehensively, what would happen once maximum numbers of people out of the 1.3 billion Indian population become digitally enabled.