Individual Agency, Tradition and the State 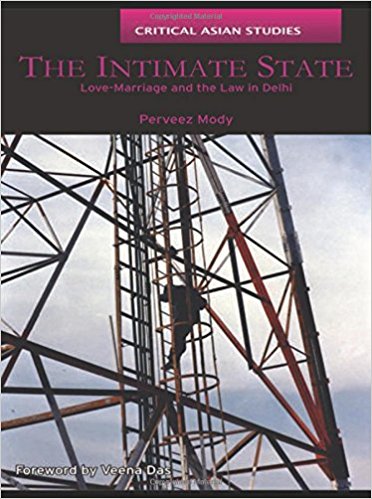 In a court complex in New Delhi, Tis Hazari, room number 137C is a rare liminal space where India’s colonial past, intimacy, marriage, norms, love and law collide and merge. It is here that the secular freedom to marry afforded by the 1872 Civil Marriage Act is utilized by couples in love. To marry under the Civil Marriage Act in India is an action, replete with multiple meanings: first, to forego loyalty to one’s community, to affirm the autonomy of the modern liberal citizen and finally to forge a new kinship. However, this modern drama is not devoid of melodrama, and it is at this point that the state emerges as an intimate being.

Mody’s The Intimate State is an anthropo-logical study of the parallel universes of the individual, community and the state, which intersect in the legal space provided by the state. This presents a fresh challenge to norms of marital love which is traditionally between communities, not individuals. Placed within a dense theoretical framework of the sociology of marriage in India, Mody’s meticulous research is based on a rigorous series of interviews with lovers, lawyers, auto-drivers, families and the ‘public’, broadly between 1997 and 2007.

The Intimate State presents a full-bodied account of the anxiety of modernity in a postcolonial state, the strain between indivi-dual agency and tradition, and finally, the invasive intimacy of the state.