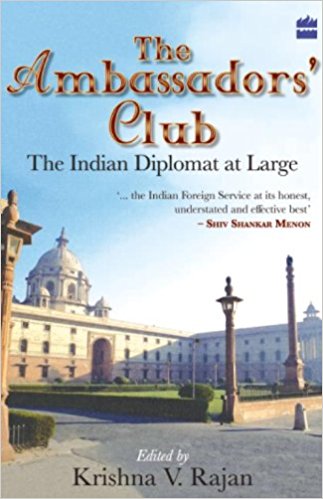 The attempt in The Ambassadors’ Club by Krishna Rajan to put down varied narratives from former Indian diplomats not just as memoires but a grassroots view of Indian foreign policy is most commendable and long overdue. I hope it is followed up.

The accounts go to show that in the practice of diplomacy situations which put your government’s policy on the line can arise in any country. In some it may be because of the status that your country commands, in others because you may end up becoming a ‘collateral participant’, and in yet others, because you may be ‘the right man at the wrong place’. The life of a Head of Mission is a lonely one; more often than not you have to rely on your own instincts and most times are left to your own devices. Mercifully as John Galbraith has said in his Ambassador’s Journal ‘the Foreign Service is the only profession where you get promoted for your failures!’