Diplomacy As a Profession 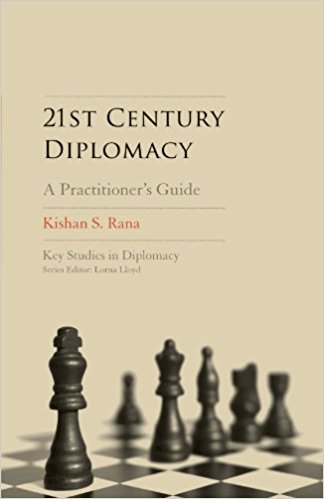 Kishan Rana’s book 21st Century Diplomacy: A Practitioner’s Guide is essential reading for all who are diplomats, who may wish to become diplomats, and even for those who have been diplomats.

Diplomacy is, in essence, the management of relations between sovereign States. Once upon a time it was conducted by envoys personally appointed by the sovereign to deal with his counterpart in another country. By and large this meant handling issues of peace and war, conquest and dominion. Alliances were often ratified or ruined by the giving or not giving of lands, tribute and princesses in marriage. A few States were interested in trade and the problems of their subjects, but these were generally subsidiary until the 17th and 18th centuries. Before that imperial domination and the extraction of revenues in gold silver and other prized commodities like spices, stallions or slaves was the principal focus, with a sub-text of propagation of religion or civilization in certain cases.