India and Bangladesh: Capturing the Spirit of 1971 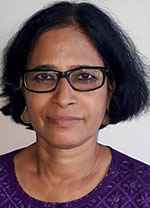 The Liberation of Bangladesh in 1971 is one of the historic moments in the subcontinent’s history as the numerical majority decided to separate from the numerical minority. Bengalis supported the idea of Pakistan and were the first one to vote in its favour in the Bengal Legislative Assembly election. It was a Bengali, AK Fazlul Haq, who moved the Lahore Resolution that conceived the idea of separate ‘states’ for the Muslims in the North-Western and Eastern parts of the subcontinent. Bengalis reclaimed the promise of ‘states’ in the Resolution in 1971 twenty-five years after the birth of Pakistan. Pakistani rule dominated by the Pakistan military alienated the Bengalis. Under the Pakistan administration, East Pakistan was treated as a colony of West Pakistan, economically exploited, politically marginalized, culturally undermined, discriminated against and treated as lesser Muslims with steps to Arabize the Bengali language. Therefore, it was not surprising that the Bengalis revolted against the Pakistani state after the West Pakistan military elite, in collusion with political leaders, decided not to respect the mandate in the 1970 election which would have elevated Sheikh Mujibur Rahman as the Prime Minister. The 25th March military crackdown on unarmed students and teachers in the University of Dhaka and elsewhere to teach the Bengalis a lesson only hastened the disintegration of the Pakistani state.  India denounced the crackdown as ‘genocide’ in the 31st March Parliament resolution. As refugees started moving into India in large numbers, India calibrated its response to the crisis. It evolved a three-pronged approach: India appealed to the international community to prevail on Pakistan to resolve its political problem through dialogue, sought a resolution to the refugee crisis that India was burdened with, and asked the support of the Indian people to deal with the refugee crisis to prevent domestic repercussion which could lead to communal tension.

Leaders from the Awami League (AL) who had fled to India after the military crackdown approached India for help. Tajuddin Ahmed, General Secretary of AL and a senior leader, met Prime Minister Indira Gandhi and sought India’s help in training and arming of the muktijoddhas. Though India remained non-committal, Prime Minister Gandhi wanted to ascertain their support base among the refugee population and also wanted to know whether they had Mujibur Rahman’s consent. India also conveyed that there has to be a unified leadership. Bangladeshi leaders after consulting the elected members of the AL decided to form a government in exile—known as the Mujibnagar Government on 10 April 1971. The Government took oath of office along with a small Cabinet on 17th April, brought the Army officers who had deserted the Pakistan Army under one command, and divided East Pakistan into eleven sectors under sector commanders. India decided to train and help the muktibahini as it did not see any possibility of a political solution that could have facilitated  the return of the refugees—majority of them being Hindus.

Pakistan accused India of instigating the refugee crisis. In fact, in the White paper published in August, the Pakistan Government justified the army’s action, ‘to forestall the plot, put down the insurrection, and thwart the treasonous secessionists’. The reaction of the international community was muted. The initiative in the western countries was mostly taken by private individuals and groups. This was illustrated by the Ravishankar-Harrison concert at Times Square to raise money for Bangladesh. While Muslim countries saw this as a ploy against a brother Muslim country and refused to recognize the plight of Bengali Muslims, some western countries only wanted to stop any war from breaking out. The US continued to believe that a political solution could be found even though the Bangladeshis were convinced and determined to achieve what their leader had outlined in his 7th March speech, ‘ëbar sangram muktir sangram, ebar sangram swadhinatar sangram’.

India refused to accept Pakistan’s portrayal of the crisis as an India-Pakistan issue. It took measures to mobilize resources for the upkeep of refugees. Non-plan expenditures in the budget were reduced, State governments not only mobilized resources but also provided asylum to the refugees. Schools were converted into shelters for refugees and people shared their meals and homes and contributed money for their upkeep. Without the support of the people it would have been difficult for India to manage. India recognized Bangladesh on the 6th of December as war broke out between India and Pakistan. On the 16th of December the war ended with the Pakistan Army’s surrender at Dacca, and 93,000 prisoners of war were taken to India. Pakistan, after a prolonged negotiation, recognized Bangladesh in 1974.

Mujibur Rahman, languishing in a Pakistani jail, was freed and on his way to Dacca via London, he had a brief stopover in Delhi to express his gratitude to the Indian people and the government. Addressing the Indian people he said in Palam, ‘You all have worked so untiringly and sacrificed so gallantly in making this journey possible—this journey from darkness to light; from captivity to freedom; from desolation to hope.’

After taking over as Prime Minister of the newly-independent Bangladesh, Mujib visited Calcutta. While addressing the people he wanted to set up a new tone in the bilateral relationship. He shrugged off the Pakistani state-constructed narrative against India and said, ‘Why would Hindustan be our enemy? They are our brother. We will live like brothers.’ Not surprisingly the Joint Statement issued after his visit emphasized that the ‘geography of the region provided a natural basis for co-operation’ and there is no escape from this fact.

India-Bangladesh relationship flourished during the Sheikh Mujibur Rahman period. The two countries signed a Land Boundary Agreement which India ratified only in 2014. India played a role in the post-war reconstruction of Bangladesh. The two countries also signed a 25-year Treaty of People and Friendship in 1972. Bangladesh also drafted a new Constitution in 1972. Drawing inspiration from the ideals of the liberation war, it decided to have a non-sectarian state based on democracy, socialism and Bengali language. Mujib’s assassination in 1975 in a military coup saw a downturn in the bilateral ties. Under the  military dictator General Zia ur Rahman, Bangladesh not only diversified its indo-centric foreign policy but also emphasized on developing fraternal ties with brother Muslim countries. Amendments were made to the Constitution to underline its Muslim identity with the introduction of ‘Bangladeshi nationalism’. General Ershad, who replaced Zia after his assassination introduced Islam as the state religion to gain domestic legitimacy, though without success. India’s relations with Bangladesh during the military rule were marked with internationalization of the Farakka Barrage, reluctance to allow Indian passenger trains, buses and cargoes to transit through Bangladesh except for allowing trade using waterways, and frequent firing in the borders as India tried to build a fence for security reasons. Anti-India sentiments flourished and military regimes patronized those sentiments to champion themselves as the true nationalists who were the only ones who could protect Bangladesh’s national interest.

With the advent of democracy in 1991, both the countries during Begum Khaleda Zia’s rule agreed to settle the issue of illegal migration by agreeing to determine the nationality of the person who is caught while crossing the border. Of course, this step did not help India to deal with the issue of illegal immigration. The Farakka issue, trade imbalance between the two countries, and Bangladeshi PM’s description of insurgents from North East India as mukti suyjjo only underlined that BNP wanted to continue with its anti-India posture. In 1996, when the Awami League assumed power, Sheikh Hasina tried to bring a balance to the bilateral relations founded by Mujib. The two countries signed a 30 year treaty for sharing the Ganges water at Farakka and bus service was introduced between the two countries. Between 2001 and 2006, BNP assumed power in Bangladesh. There was wide spread post-election violence which targeted the Hindu minority along with AL sympathizers. Even though India maintained silence and extended a hand of friendship, BNP patronized and sheltered anti-India insurgent leaders while ten truckloads of weapons meant for Indian insurgents landed in the Chittagong Port in April 2004 and were seized by the police in a deal-gone-wrong plot. As simultaneous bomb blasts rocked the country in 2005 followed by suicide attacks on courts, Jamatul Mujaheedin Bangladesh (JMB) announced its arrival In Bangladesh, raising India’s concerns about radicalization. A brief spell of military-backed caretaker government between 2007 and 2008 put India-Bangladesh relations back on track. It took the decision to honour those Indians and their families who had participated in the liberation war. The return of Sheikh Hasina in the December 2008 elections saw a major turnaround in bilateral relations. After coming to power, Hasina flushed out the North East insurgents from Bangladesh and handed them over to India.

As Bangladesh has celebrated the 50th anniversary of its liberation and India celebrates its 75th years of Independence, the two countries have moved forward in establishing mutually beneficial relations. India has provided USD 10 billion in credit line for building infrastructure. Bangladesh has extended transit. India has established a high speed diesel pipeline, and put in place grid connectivity to facilitate cross-border power trade. Bilateral trade is touching USD 10 billion as the two countries have entered into development partnership. There is cooperation between the border guarding forces, and joint exercises between the armed forces. India has granted several projects under the High Impact Community Development Project (HICDP) focusing on rural areas.

India which played a significant role during the liberation war has now emerged as an important partner of Bangladesh, and is engaged in a relation that can herald truly a ‘Sonali Adhayay’ in bilateral relations in the spirit of what Mujib had once imagined in the 1972 parade ground speech in Calcutta: that the relations between the two would remain ‘enduring and eternal’ (Otut aar okhoy).

Smruti S Pattanaik is a Research Fellow at the MP-IDSA, New Delhi. Her area of specialization is South Asia