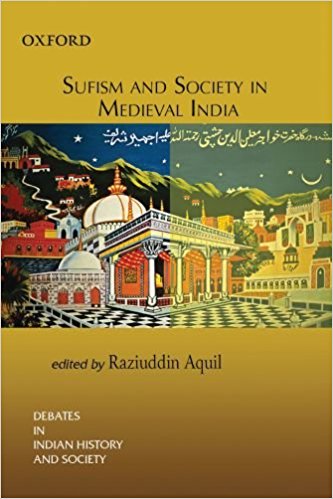 Raziuddin Aquil’s book is well put together. It offers an excellent entry point into the subject of Sufism in the medieval Indian con-text to the uninitiated. Its attractive cover and easy-to-read Introduction, delightfully devoid of jargon, make it a delectable offering. The table of contents holds much promise in the impressive range of contributions. Aquil’s Introduction to the subject of Sufism and society in medieval India sets the tone of the volume and stirs up the intended interest in the carefully selected essays. It also situates the theme in the larger contexts of contemporary issues and modern concerns. He points out how the discussion on the Sufis in medieval India has revolved around three related themes—one, their attitude towards politics and relations with the contemporary state, two, their role in effecting the uplift of the lower classes and three, their contribution in inspiring the conversion of large numbers to Islam.

He outlines how historical ideas about these issues have moved from those that regarded the most popular Sufi shaikhs as deliberately and advisedly apolitical, shunning all contact with the state, to those that see in even such an attitude conscious political positioning. Again, recent research distances itself from older historical assertions that the Sufi shaikhs chose to set up their khanqas (hospices) in neighbourhoods inhabited by low-caste Hindus in order to offer spiritual uplift to the masses.