In the Tradition of Travelogues 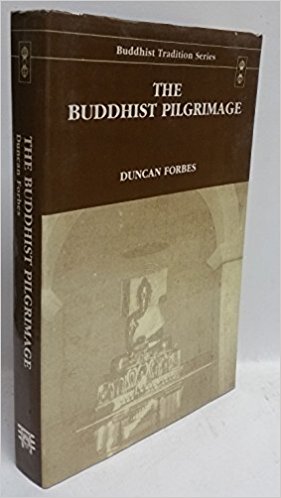 In the Tradition of Travelogues
Peter Friedlander
THE BUDDHIST PILGRIMAGE by Duncan Forbes Motilal Banarasidass, 2012, 251 pp., 495
May 2012, volume 36, No 5

This book is an interesting contribution to the tradition of travelogues of the Buddhist pilgrimage sites of northern India. It gives a first-hand account of the experiences of an English pilgrim to the Buddhist sites during the nineteen nineties. The author, Duncan Forbes, is also very well informed from a practitioner’s viewpoint about Buddhism as he is a long-standing member of a Buddhist group in London. However, the first question that struck me on reading this book was, what sort of an audience was likely to relate to this kind of a viewpoint on the topic? It is not really a text which would be suitable for those looking for an academic study of Buddhist pilgrimage, as it is very much one individual’s personal travelogue. Nor yet is it really suitable as a general introduction to the topic, as a substantial part of the book is taken up with material descriptive of India during the time of the author’s visit, rather than about Buddhism. It has also to be admitted that there are a number of viewpoints in the book on Buddhism which may possibly be misleading. For instance, whilst the etymology of the word shaman, used to describe priests amongst hunter gatherer peoples, does derive from the word shramana, a term used to denote Buddhist ascetics, this does not mean that we can equate the two (p. 78).

There are also some eccentricities in the description of India, for instance that cycle rickshaws become ‘pedicab tricylists’ (p. 9.) and that the ritual specialists of Varanasi are the ‘pandas’ (p.4.).