In Search of Viable Solutions 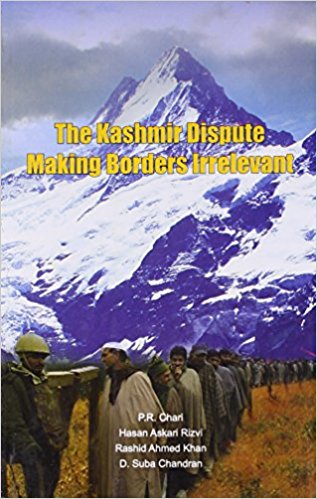 Joint studies of conflictual issues by the protagonists is always a useful exercise in conflict resolution. This little volume, was sponsored by the Institute of Peace and Conflict Studies, Delhi and has been authored by two Pakistani scholars, Hasan Askari Rizvi and Rashid Ahmed Khan, and two Indian counterparts, P.R. Chari and Suba Chandran. The danger, however, is that the contents may be rendered anodyne in an effort to avoid displeasing the contending parties. Sixty-two years after the event, nothing is to be gained by once again circling the mulberry bush. Some things have been said; but much has been left unsaid. The study may have been far more productive if each side had set out its case frankly and forcefully and then, in a third section, sought to find common ground or at least common principles on the basis of which to proceed further.

It can be argued that posing hard questions would be a recipe for a stalemate and thus frustrate the very purpose of the endeavour. On the other hand, nothing is going to be achieved by begging the question. As a member of some Track-II cross border dialogues, one has seen protracted discussion spread over many sessions and long years yield little or nothing on account of excessive politeness. Most audiences would be inclined to walk out of a concert if they got the feeling that the choirists were not singing from the same sheet of music.

One possible reason for this outcome is that the joint study was presented by the two principal investigators at a joint meeting of the US Institute for Peace and the Brookings Institution in Washington ‘on the basis of which (we are told) the Report was finalized’. Unfortunately, on J&K the Americans have been as much a part of the problem as they are now trying to be part of the solution. The latest testimony to this comes from the US Secretary of State, Hillary Clinton, who confessed to Congress just some weeks ago that she found that US policy towards Pakistan over the past two decades or so had been ‘incoherent’. Indeed, US policy on J&K has been ‘incoherent’ almost from 1948–49, and for much the same reason, for that is when Pakistan first became a ‘frontline state’ and Washington (and the UK) began to look at J&K through a distorting mirror. Much received wisdom on J&K and the ‘dispute’ tends to be seen through the US-UK prism in the international circuit in the face of India’s superior and supremely silly silence and needs to be junked.