In Search Of Roots In The Epic 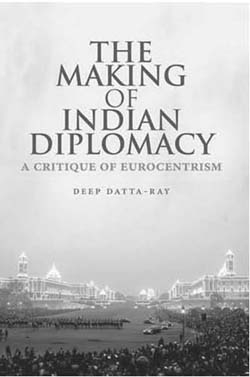 This book will generate very different responses from its readers. Indian academics may contest its premises and conclusions, but will have to grapple with a thesis so novel, which argues that Indian diplomacy flows from the Mahabharata, emerging from the progressively narrower and corroded conduits of Mahatma Gandhi and Jawaharlal Nehru as satyagraha. Indian diplomats will find it either unreadable or extremely funny—the purest poppycock. The danger of course is that foreign analysts, unfamiliar with India and looking for keys to unlock its mysteries, might take it seriously, and form an utterly false view of how Indian diplomacy and diplomats work. There is the further danger that it will be fodder for a political dispensation determined to establish that everything of value in India has its roots in Hinduism. Though if a foreign policy establishment so far kept at arm’s length by the powers that now be, as tainted by the influence of the mlechcha, is then embraced as the finest flower of Hindutva, some good may come out of this book after all.