In Search of Genesis of Ideas 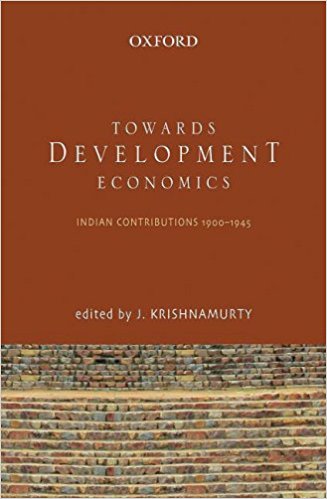 Did India have economists before 1947? If so, how many? Who were they? What did they do? Until J. Krishnamurty decided to find out, these questions had not been asked in a any serious manner. But as an economic historian with a mission, he sets out in this book to show that economics in India was thriving even before Independence. Method is always a problem. How does one go about proving whatever it is that you want to prove? Krishnamurthy could have written a book of shot biographies but obviously, the scantiness of the personal details would have been a deterrent. So he has chosen to do the next best thing: he has compiled a set of papers written by Indian economists between 1900 and 1945. There are 13 papers in this book written by Indian economists before India became independent.

It is a fascinating glimpse into the way Indians economists looked at monetary and fiscal policy, protection, employment and labour market conditions, credit systems, industry, rural economy, women in development, macroeconomic policy, environmental economics, and so on as.

Krishnamurthy, who was a tutor at the Delhi School of Economics when I was a student there, told me, ‘It’s a personal voyage. I’m an Indian economist. But I had to find out, when did this business start? And I find that more than 80 years ago there were Indian economists being trained in Cambridge and other places doing extraordinary work of whom most people today are quite unaware. The articles were written mostly during a period when development economics was not fashionable in the West. But India’s economists could not afford to be anything but development economists because their own country faced basically a development problem and they were responding to that. Many concepts and ideas such as surplus labour, disguised unemployment and applying Keynesian economics to protection had already been worked out by that generation of economists.’