In A Futuristic Framework 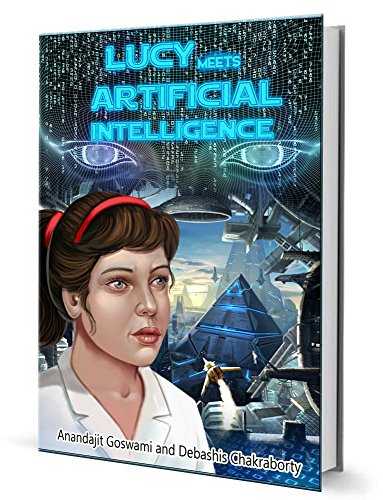 In A Futuristic Framework
Saswata Chaudhury
Lucy Meets Artificial Intelligence (Ai): From Train To A Treaty For Sustainability by Anandajit Goswami & Debashis Chakraborty My Books Publication, New Delhi, 2018, 180 pp., 225
May 2018, volume 42, No 5

Lucy Meets AI is the sequel to the book entitled Lucy and the Train: Tryst with Sustainability* authored by Anandajit Goswami and narrates the second adventure of Lucy. This stand-alone volume is really a wonderful yet learning read for the booklovers, irrespective of their chance to flip through the earlier adventure of Lucy, described in the earlier volume. It has addressed the increasingly important yet under-emphasized issue of sustainable development through a fictional framework, in line with the earlier narrative.

The novel starts with the murder of Dr Dang, an eminent scientist and father of Lucy under mysterious circumstances, immediately after the events described in the first experiment (portrayed in the first adventure of Lucy and referred to appropriately in this book, so as to set the subsequent events in perspective).

Lucy, a ten-year old innocent child inadvertently becomes the subject of a complex experiment devised by a team of scientists, to understand the impending future of humanity when sustainability and existence of humanity itself are facing a challenge both from the outer galaxy and within. After the death of Dr Dang, the research team led by Dr Jacob and Dr Chang decide to continue along the schedule with the next phase of the experiment in a distant future as planned by Dr Dang before his death. Lucy is again chosen as the ‘subject’ for the second phase of the experiment, despite the mental stress she is suffering from—the twin shock of witnessing the harsh future in the first experiment and the loss of her dear father. While in the first experiment Lucy is sent to a plausible future of 2150, this time she lands in 2250.