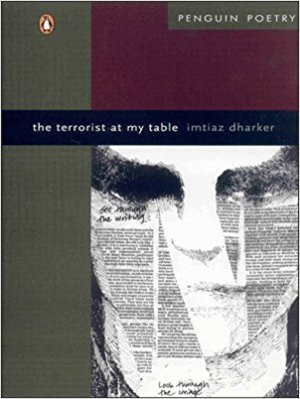 This is Imtiaz Dharker’s fourth volume of poetry. All her books carry her trade mark sketches, as aesthetic, striking, and at times as searing as her poems. One can but stand on the sidelines and admire such wealth of talent. She started sensationally with Purdah (1989), her first volume: Purdah is a kind of safety. The body finds a place to hide. The cloth fans out against the skin much like the earth that falls on coffins after they put the dead men in.

That itself made it clear what she was getting at. Later she talked of ‘the purdah of the mind.’ She went on to say that if you meet any of these women, producers of ‘annual babies’, on the high street, you’ll find them watchful as any creature that lifts its head and sniffs the air only to scent its own small trail of blood.