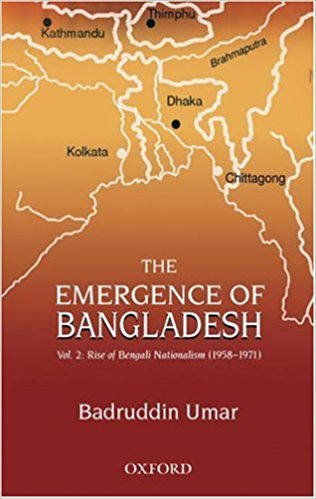 Badruddin Umar is one of Bangladesh’s best known intellectuals. As a commentator and author on the internal social and economic dynamics of Bangladesh, his views have been ideologically consistent over several decades and commanded attention even from those who may disagree with him. His work on the language movement in East Pakistan has received critical acclaim.

The present volume covers the crucial period from 1958, when Pakistan came under the military rule of Ayub Khan to the emergence of Bangladesh in December 1971. Umar goes over the economic policies of the Ayub administration and their effects on the people of both wings, the political developments leading to the fall of Ayub, the manipulations of Bhutto with a compliant Yahya leading to the army crackdown in East Pakistan and the subsequent Indian intervention and the emergence of Bangladesh.