How People Connect To The Past 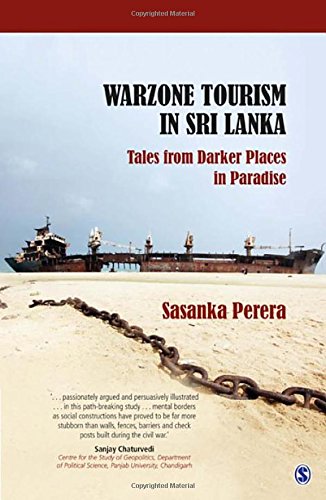 The idea of ‘Warzone Tourism’ has a long past, going back some five hundred years earlier. Ladies from the royal/ruling/warring households and journalists have displayed a tendency to witness and watch live conflicts for fun and entertainment. It was evident during the Crimean War (1854), the American Civil War (1861) and also during the World Wars I & II. Such tourism has been called adventure tourism, dark and dangerous tourism, black tourism and even distasteful tourism. However, this human tendency that reflects the elements of both sadism and curiosity have remained persistent, and may have even become stronger as the growing industry of Warzone Tourism indicates. According to one estimate, this industry has grown 65% annually on an average over the past few years, accounting for nearly $263 billion in 2014. Packages for trips to areas of real and live/active conflicts for 5–14 days range from US$3500 to as much as US$20,000 per person. There is an example of a warzone tourist willing to pay upto US$40,000 for a bespoke trip to Baghdad in 2013. As recently as in 2016, a US based travel agent organized a trip to Afghanistan for US$ 21,800.

A sensitive commentator on Warzone Tourism said ‘…absurd yet still understandable uneven side of our world appear in a striking clarity when a small group of affluent white tourists enjoy the view of damaged homes, the smell of inhuman conditions and the silence of quiet desperation, with their cameras ready in hand and selfies only an Iphone click away’.