How a Farman Gave an Inch and Lost a Mile 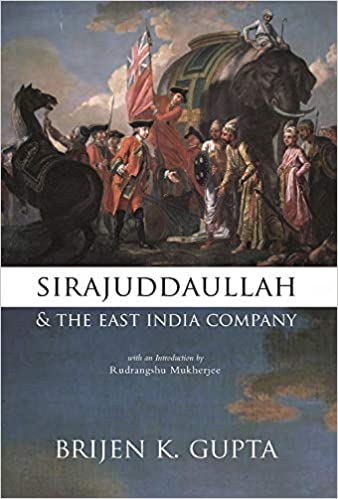 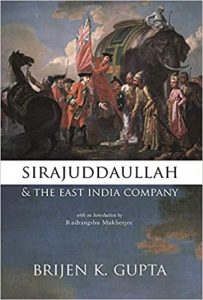 The volume under review is a reprint of the book with the same name written by Brijen K Gupta. While the Orient BlackSwan in association with Ashoka University has published the reprinted version in 2020, EJ Brill, Leiden, Netherlands, had published the original work in 1966. Significantly, the book has an introduction by Rudrangshu Mukherjee who elucidates the reason for considering the republication of Sirajuddaullah&The East India Company.

Let us, then, first, consider this argument. At the center of Mukherjee’s argument is Emperor Farrukhsiyar’s farman that granted the English East Company in 1717 the right to trade goods and necessities through land and water without payment of customs duties. The vagueness of the farman, argues Mukherjee, at the outset itself, allowed the Company’s servants to trade on their own account within the Indian Ocean and within India but not to and from Europe or carry on private or country trade that was distinct from the Company’s trade. This was because it did not clarify whether this duty-free trade privilege covered only Company’s goods or extended to the goods traded in by the Company’s servants. This premise, argues Mukherjee, is important to understand that private trade was integral and essential to the functioning of the East India Company in India.

Another point of importance here is the fact that the Mughal Emperor in Delhi had himself refused to extend this privilege of duty-free trade to the Company officials. This latter proposition of the Emperor’s had led to a prolonged argument between the successive Nawabs of Bengal and that of the Company. This was at the heart of the conflict between the Company and Sirajuddaullah as the former refused to accept the Nawab’s position that the private trade of the Company’s servants was not covered by the dastaks or the duty-free passes.