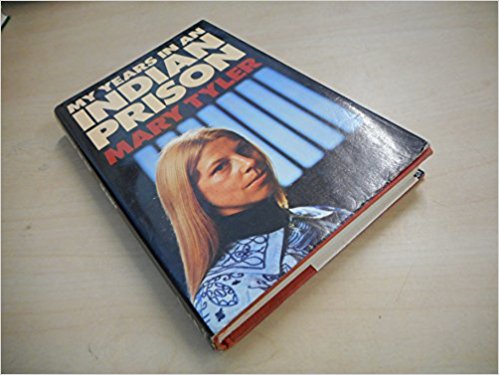 Man’s cruelty to man is unbelievable. But believe one has to, when details come out one after another, of what people undergo in our prisons, where they are supposed to be reformed. After spend­ing ages in prison, they come out· hardened, their hearts darkened more than ever with evil.Mary Tyler’s account of her years in Hazaribagh jail reflects largely the back­ground and nature of her co-prisoners’ crimes and the inhuman atmosphere in Indian jails.The police had charged the author, together with fifty-one others, including her husband, Amalendu. All were still in jail, awaiting trial, when she was released five years later. After three years in jail, when at last she was taken to the court, the magistrate just glanced up, motioned to the police and she was back in jail in ten minutes’ time. Trials are mirages for prisoners. They may reach the courts, but seldom the trial.

The suffocating atmosphere of the guilty and the non-guilty in our prisons is best described by the author when she says: ‘Even police brought a breath of the outside world into the stifling isolation of my cell.’[ih`c-hide-content ihc_mb_type=”block” ihc_mb_who=”unreg” ihc_mb_template=”1″ ]

The condition of women in the prison, according to Tyler, is bad. She says: ‘There were never less than thirty pri­soners, and when I finally left Jamshedpur two years later, there were forty-four women and twelve children sharing the fifteen feet square cage. At night they were packed in rows, unable to turn one way or the other without great difficulty, young and old, sick and healthy, mad and sane, all crammed together. The single latrine had to be reached by step­ping over the bodies of those who had the misfortune to be sleeping in front of it. The drain leading from it ran over­-ground across the yard at the back, and the stench rose through the open bars on three sides.’

The account that Mary Tyler gives of Saibunissa, a Muslim woman of about forty-five, is a touching example of how generations of families wither away in jails. Saibunissa, her husband, her three young sons and a nephew, had all been jailed for twenty years after a dispute over land inheritance that had led to a fight in which her brother-in-law had died. When they were sentenced her youngest son was about thirteen and had already spent five years in jail. Her three youngest daughters were outside. ‘Often she cried, wondering how three girls left at the age of three, four and six years could fend for themselves in the raw reality of village society where, if they fell into wrong hands, they might be used as servants, or worse still, sold as slaves, and later, maybe, prostitutes.’

In My Years In An Indian Prison what is of significance is not the tribulations of Mary Tyler or the other victims. The Indian jail has become a miniature pain­ting of government at large. The nepot­ism, discrimination, and above all, the inhumanity of the jail authorities are all a microscopic version of what we see at top levels of the administrative set-up. From there it seeps down to the lower levels.

Corruption in our prisons is not unheard of. Mary Tyler’s sketch of how the Head Warder used to take money reveals how much of a routine corruption has become in jails: ‘Well, so-and-so, you haven’t treated me lately, I suppose you fancy a spell of solitary, eh?’ And, according to Tyler, he remarked;’ upon being congratulated on an assumed trans­fer of his to Patna jail, where, Tyler told him, he would be able to meet the ‘top people’: ‘What do I want with the top people? It’s the poor I get my money from.’ The jail authorities are, one can say, more or less an unassailable pan­theon, who lord it over the languishing prisoners. The food and clothing provid­ed to prisoners develop mysterious leaks by the time prisoners get them.

Improving jail conditions is an urgent task that needs immediate action from the Government. Alas, as far as action is concerned successive governments in our country just do not care. Politics having become the most profitable busi­ness, politicians cannot be expected to look into trivial affairs like jail condi­tions. Especially so when even in jail politicians get special treatment. The example Mary Tyler gives of a woman politician is sufficient illustration of the easy life of our leaders. The woman, who too was lodged in Hazaribagh jail, had an army of jail officers to assist her in little things like shopping.

Is it giving imagination an unrealistic flight, or is it mouthing platitudes, to demand that prisoners be treated as human beings? Should they be treated like dirt, ostracized and insulted and their basic necessities denied just because they are prisoners and helpless? In the odour-filled cells of our prisons, and the moth-eaten rags (a luxury that symbolizes the kindness of the jail authorities) full of bugs that keep prisoners awake to the full realities of prison life, we can see how prisoners are reformed and their crimes super-imposed by worse ones by those who are expected to reform them.

In India, ‘where a child crawls in the dust with a begging bowl; where a poor girl can be sold as a rich man’s play­thing; where countless people die of sheer neglect; where many are hungry while food is hoarded for profit; where justice is the exception and injustice the rule … as long as any Government maintains an attitude of contempt for the population as a whole, as long as it rules the country by tyranny and the type of cal­lousness that enables it to spend time debating whether a man has died of starvation or malnutrition and to diffe­rentiate between the two, India’s agony will continue’.

After going through Mary Tyler’s book, one comes to the conclusion that a jail is a library of man-made miseries.