History of the Sikh Faith 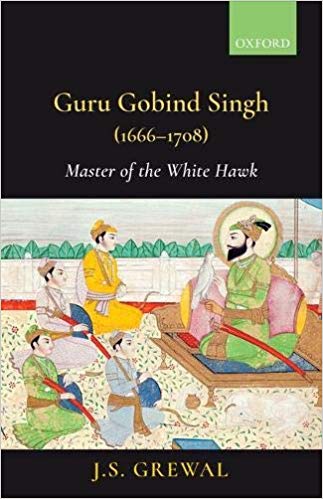 The latest contribution by Professor Grewal towards delineating the history of the Sikh faith is most informative. It has the added advantage of being easy to read and extensively referenced, thus allowing the curious reader to delve even deeper into the history of Sikhs.

In many ways this book is an updated version of the book on Guru Gobind Singh that Grewal wrote in 1967 for the Panjab University in collaboration with SS Bal. The present version is unique in being underpinned extensively by contemporary and near contemporary sources in English, Gurumukhi and Persian. The texts have been allowed to speak for themselves, as it were. The historian’s role is limited to laying out the context in which events described in these texts happened, placing the descriptions against each other, sometimes supplementing the information that they provide, sometimes complementing each other and, once in a while, contradicting each other.

The most widely used texts for the construction of this book are Bhai Nand Lal’s Granthavali, Kesar Singh Chhibber’s Bansavalinama, Koer Singh’s Gurbilas, Sainapat’s Sri Gur Sobha, Sarup Das Bhalla’s Mahima Prakash, Sarup Singh Kaushish’s Guru Kian Sakhian, Sukha Singh’s Gurbilas, various Rahit Namas, the Maasiri Aalamgiri of Saqi Mustaad Khan. Then there are the Guru’s own writings which were quite extensive and his letters to his followers which were known as ‘hukmnamas’. Every chapter is followed by an Appendix. There are a total of ten of them. Each discusses in brief a controversial fact or idea that had been left out from the chapter that precedes it. Each of the Appendices in itself is a small piece of history which one would like to see elaborated to a book length discussion at some later date.

Gobind Das was born at Patna, where his mother was camping whilst his father, Guru Tegh Bahadur, toured the Gangetic plains. ‘My father was travelling towards the East, bathing at various sacred places. When he reached Tribeni (Prayag) he gave charities and stayed there for a few days. I was conceived there, and took birth at Patna’ (p. 62), is how Guru Gobind Singh would write in his brief autobiography which is well known as the Bachittar Natak and is a part of the Dasam Granth. His date of birth is reconstructed through mentions in works that were composed a century later. Grewal mentions the different years of birth given by different authors, and then takes back bearings to settle upon 1666 as the year of birth for Gobind Das and 22nd December as the date of birth. The journey East for Guru Tegh Bahadur took him along the river Ganga and then further East till Munger from where he went to Dhaka. Gobind Das’s childhood was spent in Patna. He grew up amidst weapons and the gulel, was his favourite. Grewal identifies the gulel with a pellet bow, the weapon which was known to the Mughal armies as kaman-i-gurohah. One does wonder about the nature of the gulel. Had the young boy used a kaman-i-gurohah, a common enough weapon, it would have been mentioned as a kaman-i-gurohah and not a gulel. One of the stories mentioned here is about Gobind Das using his gulel to break a water filled pitcher that a Muslim woman was carrying home from the well. When she complained to his mother, Mata Gujari, the mother, ‘prayed for the water of the well to become saltish. Immediately it became saltish’ (p. 63). We are told that Gobind Das was a ‘Surajvanshi Kshatriya’ (p. 63).
By the age of seven Gobind Das was already learning Persian from a Brahmin Sikh Bhai Kripa Ram. He was taught the scripts Gurmukhi and Takri. He was soon installed as the guru, at the instructions of his father who went forth to the emperor Aurangzeb seeking justice for the persecuted Brahmins of Kashmir who had sought the help of Guru Tegh Bahadur. Aurangzeb responded by first arresting the Guru, then demanding that he convert to Islam and finally executing him. Sainapat, a contemporary writer, Grewal reports having recorded that ‘by this great act, he proved to be the protective sheet of the whole creation, he saved the honour of karam-dharam and saved all faiths; he saved the sacred mark, the sacred thread, and the dharamsal’ (p. 65).
The book tells us that from the earliest days Guru Gobind Singh had a tendency to indulge in fanciful actions, which suited a king. That of course infuriated whoever was the local ruler. Hunting bear, deer and neelgai, playing the nagara drum, things that in those days were considered appropriate only for the ruler, were part of his pastime. When the local ruler tried to discipline him, Guru Gobind Singh was not averse to challenging the king. Effectively, quite early on he set himself up in the form of a ruler. After a series of adventures involving battles with the hill rajas and some conflicts with the Mughals, in 1699, during the annual meeting with his masands, representatives, Guru Gobind Singh took the step which marginalized the masands, set up the Khalsa of the Vaheguru, imposed the condition of the five Ks on the Khalsa, imposed a tithe on his followers, instructed them to work with their own hands and, prohibited them from ever smoking or cutting the hair of the head or the beard. Thus he gave a new form to the Sikhs, converted them from being a scattered body of people to one who owed direct allegiance only to the Vaheguru.

The book ends by telling us of the legacy that Guru Gobind Singh left behind. This included sowing the seeds of a sovereign state for the Sikhs, a concept that has been studied in great detail by Surinder Singh, the bureaucrat turned historian. The Guru’s efforts resulted in creating a Khalsa identity that was based on the rejection of the caste system, a firm belief in equality of all and, the adherence to the five Ks which became their most distinguishing symbol. By the eighteenth century the Sikhs, as they were known now, were recognized as a distinct body of people, different from the Hindus and the Muslims. The English visitors to Punjab, we know from the essays published in coeval newspapers and journals, would routinely refer to the ‘Seek’ people who ruled over the land of the five rivers.

In the process of strengthening the Sikh identity the old dharmsals, the places of religion connected with the older gurus, were discarded. Gurdwaras now became the primary socio-religious institution through which Sikhs came to be identified. The idea that the Sikhs would inevitably be the rulers of the land was birthed.

The story that Grewal tells us happens within the overall context of the Mughal state. Much of the action that happens in the early life of Guru Gobind Singh happens in opposition to the Rajas who ruled over the Shiwaliks.

The numerous inconsistencies of spellings of Indian names and usages jar in an otherwise easy to read book.