History of the Popular 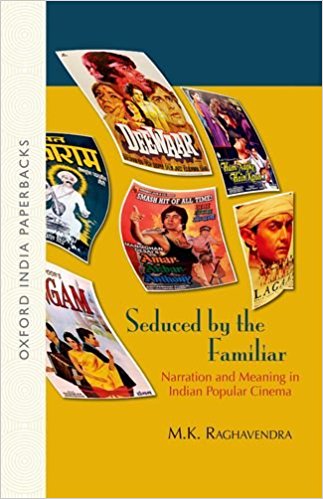 There has been a lot of writing on the Hindi cinema as popular culture in recent years that has ranged from the journalistic to the academic. The spread of film studies as a discipline since the eighties put the pressure of academic writing on writers who were specialists in their field, but who had not internalized academic theory. There is another writing that emerged as a result of the spate of magazines and journals that were published in the eighties. Journals, quarterlies and occasionals such as Journal of Arts and Ideas (not devoted entirely to cinema, but with articles on cinema as well as the other arts), Cinemaya, Deep Focus created the space for a different kind of writing from the regular reviews and other columns that newspapers and weeklies endorsed. This was also the time when sociologists and historians began to study Hindi cinema as one of important manifestations of popular culture.

The turn towards culture studies and the earlier critical theories that focused on structuralism, post-structuralis and psychoanalysis all converged towards new kinds of writings in the eighties. While film studies became gradually institutionalized in universities and other teaching and research centres, the distinct genres of academic writing were demarcated from journalistic writing, and the writing of specialists working with empirical data. M. K. Raghavendra’s Seduced by the Familiar: Narration and Meaning in Indian Popular Cinema, partakes of all these genres of writing. The author is one of the founder-editors of Deep Focus and the book is the product of this historical conjuncture of writings on cinema.

Seduced by the Familiar.. is an attempt to write the history of popular Hindi cinema based on a study of its codes It analyses ‘… the system according to which they have been employed and the kind of meaning that emerges consistently through studying a sizeable number of individual films’ (p 17). The aim of the book is to understand Hindi popular cinema’s narrative conventions in relation to Hollywood cinema, to find the linkages between the traditional arts and Indian cinema and to examine how ‘popular cinema narrativizes the dominant social discourse in specific historical periods’ (p 18). The book sets out to focus on the three systems of representation in the Hindi film: space, time and narrative logic, but provides insights into modes of representations such as allegory and melodrama; thematic units such as ‘devotion’, ‘the family’, ‘the villain’, as well formal moments such as ‘aggregation’, ‘causality and psychological motivation’ and the ‘the relay of moral instruction’. Raghavendra claims that Hindi cinema is ‘Indian cinema’ because of its pan-Indian influence, because it ‘caters to a lowest common denominator’(p 25), because of the ‘range of its address’. While this insistence on terming Hindi popular cinema as ‘Indian cinema’ is open to question and the reasons he evinces, not very convincing, the book covers a historical timeline that extends from the beginnings of Indian cinema to the Hindi cinema after Independence to the Hindi cinema today. It offers a textual analysis of a vast range of films the silent era to the contemporary period. The author is conversant with the various strands of dominant critical writing on Indian cinema and evokes and debates with them with ease. ‘Darshan’, ‘tableau’, ‘frontality’, ‘allegorisation’, the staple concepts around which the discussion of Indian cinema is usually woven, find their place in this book too. The films taken up for analysis, are in the main, the ones that have entered the mainstream field of examination for critical studies.