History and its Polyphonies 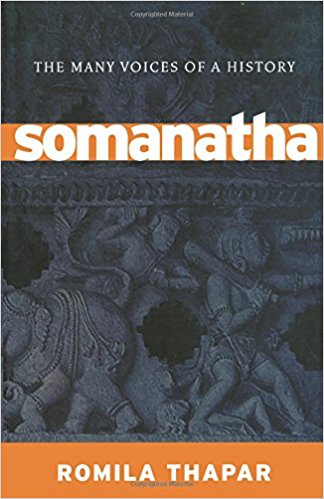 An event takes place. It impresses different people in different ways. Situated at different points in time and with differing interests, they talk about it or ignore it variously in their writings. These writings form a whole body, or several bodies, of literature. Historians – not innocent observers but having their own predilections – use them as their “sources”. Their writings form one more “representation” of the event. Romila Thapar’s new book is about how different narratives grew around the raid of Somanatha and the breaking of the idol by Mahmud of Ghazni in the eleventh century. She discusses the nature and purposes of these narratives and shows the fallacy of looking at one of them as representing the truth. This book is, thus, less a reconstruction of what happened than an exercise in historiography, demonstrating how historical writing is about dealing critically with varieties of narratives. In discussing the factuality and causality of an event, the historian should also accept that different narratives can represent it differently. Although it is not possible to change the past or liberate ourselves from it, we can constantly engage with it through a process, legitimated by proper method, of continuous re-examination and reassessment of the sources.