Historiographic Debates Under the Lens 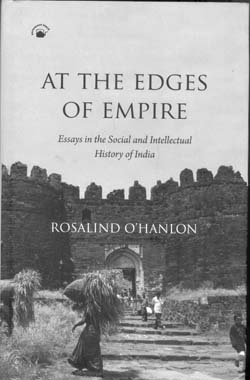 At the Edges of Empire brings together the impressive range of Rosalind O’Hanlon’s scholarship over the last two and a half decades. Reading and ruminating on the essays is a way of marking the subtle and not so subtle shifts in the methodological and thematic concerns of the history and historiography of modern India. For the volume covers a wide spectrum, from the conceptual problems involved in thematizing the subject of history, to the more specific problems of caste identity in early modern India, to the importance of gender in understanding a diverse swathe of history from imperial governance to cultures of physical fitness. All but one of the essays in the volume has been published before, some in more than one place.

Rahul Govind is with the Department of History, Faculty of Social Sciences, University of Delhi, Delhi.