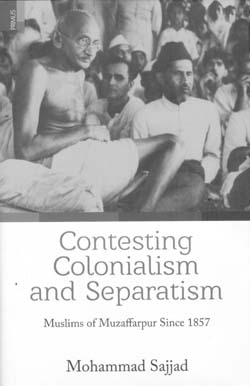 The book probes the nationalist trajectory of what Mohammad Sajjad calls ‘the lesser-known nation-makers of Muzaffarpur’ of north Bihar. Muslims of Muzaffarpur acquiring centre stage, within undivided and divided Bihar, in colonial and Independent India, places regional and community history objectively within the larger narrative of nation making that has remained a neglected area of study. The micro-study is essentially based on a vivid description of Muslim responses to nationalist developments and Muslim League politics in the region that Mohammad Sajjad argues as remaining just a marginal force (p. 11). It further delineates on the post-Partition challenges faced by the Muslims with the region ushering into conundrum of local, identity and caste politics in its conclusive chapters.