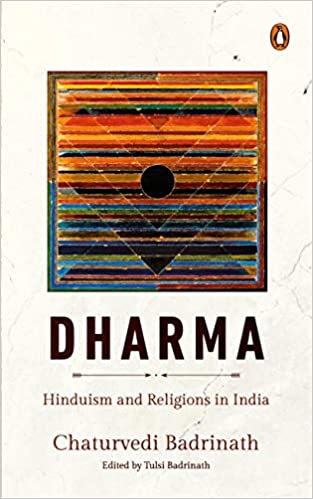 Hinduism is the oldest living religion. Like all statements about Hindus, this needs further and then further qualification. The Indic tradition (shorthand for Hinduism), as expected, provides it: neti, neti. It is not a religion, nor an -ism, the suffix denoting at most a distinct set of doctrines, or overt practices, which it both has and does not have. The word Hindu, also an import, meant different things at different times, sometimes no more than being born of Hindu parents. Not quite a religion, for the usual reasons, often paraded as profound accomplishments: no book, no priesthood, no dogmas; yet certainly more than a conglomeration of cults; maybe an imaginary; an underlying spirit somehow surviving its varied temporal manifestations.

Indic Hinduism is sometimes compared to Hellenism. While Greek cults lacked the extensive textual literature of the Veda and Vedanga, their geographical and linguistic outreach is comparable (the New Testament is in Greek). Indic cults are religions in their own right, with books, dogmas, even a primary god (Shiva, Vishnu, Devi) distinct yet open to assimilation. Any unity this assemblage exhibits is of an essential diversity and the dynamics of an interplay over the millennia, still incorporating ancient as well as modern deities (from Rudra-Siva to Santoshi Ma, Valmiki to Swaminarayana). Here stones, driftwood, animals both real and imaginary, are at hand to pay obeisance to. If religion is the opium of the people, it found here fertile land.