Hinduism Explained in ‘A Conversational Mode’ 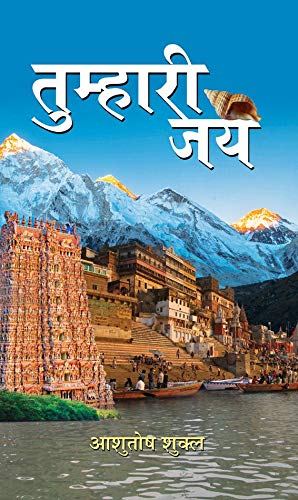 In these volatile times, when every word written is scrutinized for any hint of religious fundamentalism, it is difficult to assess a book like the present one. Its very title is bound to raise the hackles of those who read anything that has the word ‘Jai’ in it with the Pavlovian reaction familiar to so many readers. And yet, many of us who refuse to be slotted into the known binaries of ‘them’ and ‘us’, must learn to overcome the temptation of dismissing anything that discusses Hindu culture with the customary disdain we have adopted. As a friend once remarked, ‘There are two types of Hindus in India: those who say ‘Garv se kaho hum Hindu hain’ (Declare with pride, we are Hindus), and those who say ‘Sharm se kaho hum Hindu hain’ (Admit in shame, we are Hindus).

That said, let us get down to the text. Written in an easy and accessible Hindi, the author chooses to write about the majesty of Indian (read Hindu) philosophy and its cultural history in a series of chapters that mark the flowering of a Platonic friendship between a girl and a boy, called simply Ladka and Ladki. The two live in Kanpur, the very heart of small-town northern India, and respect all the social norms of behaviour that govern the relationship of a girl and boy in a world still wrapped in all kinds of patriarchal rules. Their friendship is tracked through a series of dialogues exchanged on WhatsApp and emails between them, with scarcely any hint of romance or sexual attraction.