From Allahabad to IAS–Or Bust 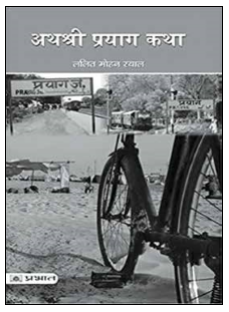 The title of this novelistic memoir written in Hindi is a variation on a formulaic puranic phrase which was used to start stories and legends; it means, ‘Here begins the tale of Prayag’. This little Sanskrit flourish is apt for a story set in a hallowed city long celebrated in the epics and popular belief as a place of holy pilgrimage and known from the beginning as Prayag, i.e., the place where many great yajnas were performed. As we know, Akbar renamed it in 1580 as Ilahabad, the British spelt it as Allahabad and pronounced it as Aller-bad, and the wheel of history was brought full circle when the city was renamed or re-named—in 2018 as Prayag or Prayagraj.

But the title of this book is cheerfully ironic and it tells a modern story set in the twenty-first century. It is about a whole host of aspirants for government jobs who are appearing in ‘Competition’ or competitive examinations for the IAS, but failing that, for the PCS (the provincial civil service), and failing that, for any kursi in sight, i.e., any job at all as a government functionary. There is a candidate here who is acclaimed for being selected ‘direct’ as BDO (block development officer), and another who lands an unspecified lowly post in the rural development department but will rank as an officer, nevertheless. And there are numerous others who after many years of striving have crossed the permissible age-limit and have no recourse but to go back right where they came from, which in most of their cases is a village. It is for them all or nothing—IAS or bust.