Held Together By A Metaphor 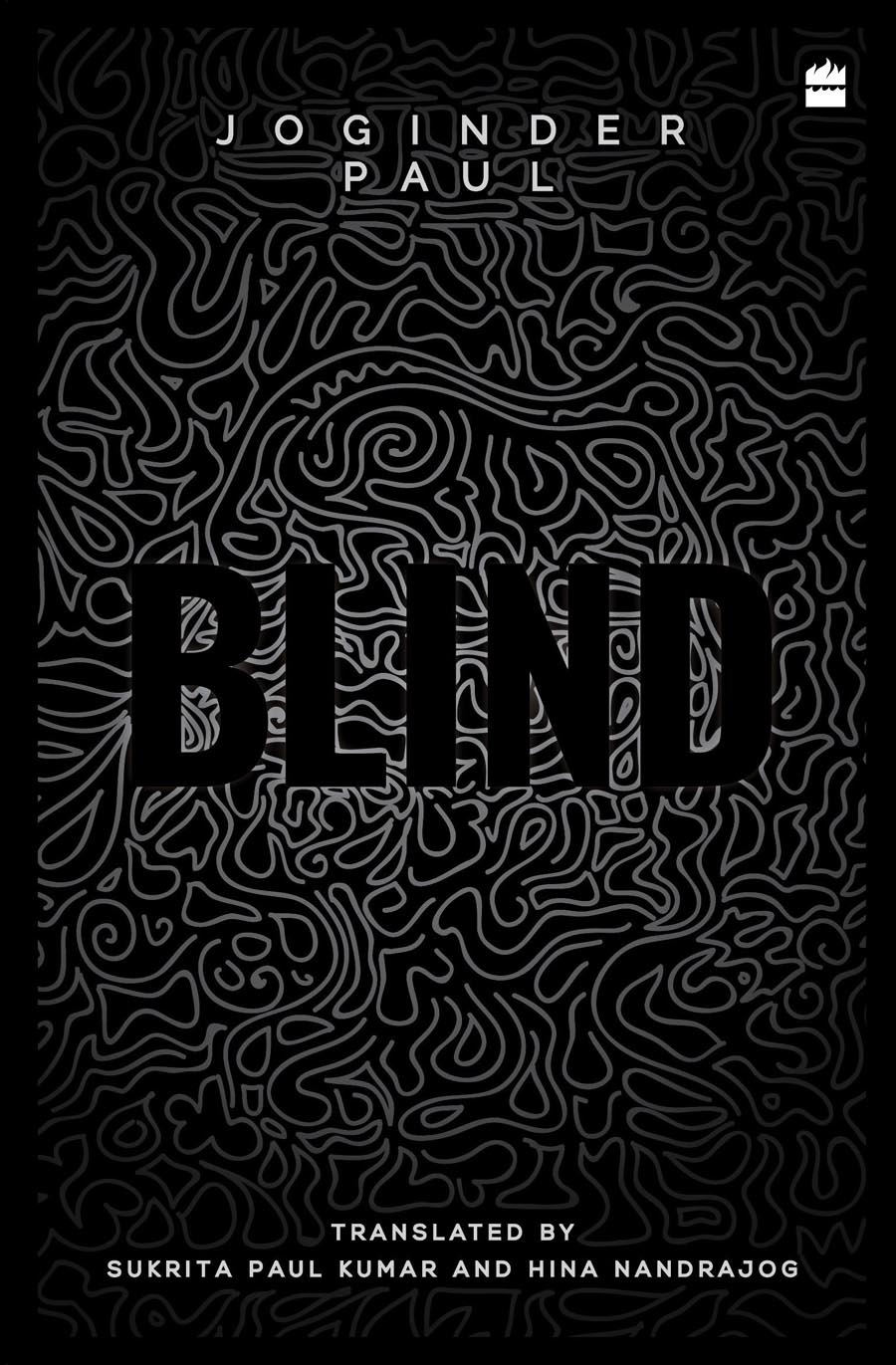 Nadeed (1989) by Joginder Paul is an unusual novel in Urdu in the sense that it has no defined plot or storyline but is held together by a metaphor and abstract, metaphysical reflections on this metaphor. The tradition of the novel in Urdu has not been known to be very robust (though short story is) to admit of radical innovation and experimentation. It was quite courageous of Paul to write this novel when he did. Its English translation  has appeared after more than 25 years of the original and bears the title, Blind, of which I will comment towards the end of the review. It tells the story of a group of people living in the ‘Home for the Blind’. The paratexts that accompany the translation make it clear that Paul’s visit to a home for the blind in Machakos near Nairobi in 1959, which haunted him for many years was the original impetus for the story.

In Urdu-Hindi literature, the first writer to deal with blindness with any depth is Premchand who wrote a novel of extraordinary plenitude, Rangbhumi  with the protagonist Surdas, a blind man, the prime pivot around whom everything revolves. I wonder if Paul was familiar with Maurice Materlinck, the Flemish writer in French whose play Les Aveugles (1890) was translated by Premchand from the English version. (Materlink was greatly popular in Europe and the Indian subcontinent for his plays). It is the story of twelve unnamed blind people hopelessly stranded on a desolate island anxiously waiting for their leader, the Priest, to lead them to safety, unaware that he has been dead all along. ‘Les Aveugles’ literally means ‘The blind people’, but the English translator of the play, Laurence Alma Tadema chose to translate the title as ‘The Sightless’, an act of interpretation by the translator that has implication for the title of the book under review. Premchand translated it at a specific historical moment, four months after the Jalianwallah Bagh massacre in 1919 and called it Shab-e Tar Yani  Andheri Raath. Through his translation of the play(and changing its title) Premchand certainly wanted  to symbolically present the state of the Indian nation at that point of time.

The action in Blind is mainly confined to the home for the blind with just a couple of inmates like Sharfu, the master-weaver of baskets, Bhola, ultra-clever but lazy, the beautiful Roni (from the Urdu word ‘rooni’, i.e., ‘the weeping one’). Besides them there are Ratne, Sheru, Raju, Kalia and Ratti who have no particular skill but contribute to the unhurried rhythm of daily life within the home. The head of the home is Baba, whose cryptic backstory is given as the epigraph of the novel, and also appears on pp. 45–46. He is like a patriarch who regards all other inmates as his children. To begin with, the reader is given snapshots of the daily life of the blind looked after benevolently by the baba who feels himself responsible for his ‘children’. Though the reader gets some bits of external circumstances that make up the life of the inmates, there is no doubt at all that the novelist is more interested in exploring the inner life of his characters. The phrases ‘inner eye’ and ‘third eye’ occur frequently in the novel. Through a twist in the tale, Baba regains his sight after an accident and that throws him into utter confusion. The ways of the sighted world seem degrading and disappointing to him: ‘But when I regained my eyesight and saw the word around me, I was in a quandary for months. The blind cannot see, so whatever he feels is the truth for him. But those with eyes are themselves living witnesses to their own truths. Why do they become blind to those truths?’ (p. 56).

From this point onwards the story begins to focus solely on Baba.  He keeps the fact of his regaining sight a secret, unwilling to tell his ‘children’ that he is now different from them and can now see the world from this double vantage point.  He exploits this situation to gain for himself a celebrity status. The government honours him with a Padma Shri award and he is courted by the media. However, the more he gets mired into politics the more he gets alienated from his children. He gets entrapped by his delusional pursuit of power and is led to commit suicide. The metaphor gradually extends into an allegory and from the home for the blind it embraces the entire benighted land. As Paul himself says in his interview with Sukrita Paul: ‘The story of Nadeed seeks its beginning from a home for the blind, which keeps growing till the entire country looks like a blind house’(p. 212). However, the way it hurtles towards its melodramatic and inevitable denouement, the second part of the novel loses the density of the earlier part. What ultimately stays with the reader is the author’s extended meditation on blindness, the relationship between sight and insight, looking and seeing, vision and the corruption of vision. It is a telling, devastating indictment of the ‘sighted’ world which behaves as though it has gone ‘blind’: ‘O! Man-with-Eyes, use your inner eyes!’ (p. 15).  The novel is replete with aphorisms like the following which gives it a fable like quality: ‘If the thief is too honest and shy, rather than laying siege to a stranger’s house, he besieges his own heart and steals whatever he may find there.’ (p. 60). ‘A person with eyes goes blind with suspicion because he sees the surface with his eyes and the depths with his doubt’ (p. 82). ‘Justice is a blind man’s stick— it falls where it falls’ (p. 173).

Translators need to bring a new sensibility into play while translating texts dealing with disabilities of any kind. To their credit, the translators of Nadeed have been sensitive to this aspect which is evident in their careful and judicious choice of words and the astute modulation of the target language. Sukrita Paul in her note speaks about the efforts of the translators to achieve a feel of ‘bi-culturality’ in the translation which is welcome. I only wish they had engaged with the original title, which would have provided the reader a more helpful entry point into the text. ‘Nadeed’ does not mean ‘blind’ in Urdu. The obvious word for that is ‘Nabina’ which any translator will come up with if she were to back-translate the title from English to Urdu. Yet Joginder Paul chose to call his novel Nadeed (and not Nabina) to signal the fact that he was less interested in blindness as a physiological condition than in its metaphysical dimensions. Though both the words are from Persian roots, their universe of significance is vastly different. An informed reading of the novel will be inevitably inflected by our understanding of this distinction.