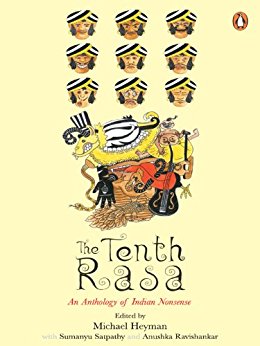 Time was when we thought Abol Tabol represented the beginning and the end of Indian nonsense. For those unsanctified by a bhadralok pedigree, this also meant that until Sukanta Chaudhuri’s wonderful English translation of Sukumar Ray came to be published in 1987, almost nothing nonsensical was remotely Indian and vice versa. The only form of nonsense to be recognized as such was the poetry of Edward Lear, with the Old Man of Madras who rode a cream-coloured ass and the horrid Old Man of Calcutta who perpetually ate bread and butter; and, of course, the Chuprassies, Dobies and Goreewallahs of The Cummerbund. It is a pleasure therefore to finally discover a nonsensical lineage, a thoroughbred Indian tradition of nonsense. It is reassuring, above all, to find a sense of humour in the nation’s collective family tree that spans several Indian languages from Marathi and Mizo to Tamil and Oriya.