Goa in Another Age 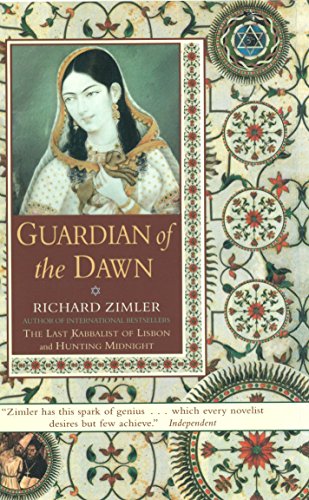 Richard Zimler’s Guardian of the Dawn, a historical mystery, is the third of his trilogy on the Zarco family, the other two being The Last Kabbalist of Lisbon, and Hunting Midnight, set in the 16th and 19th centuries, the setting encompassing different countries and different generations of the family. Guardian of the Dawn is set in 16th century Goa against the background of the Roman Catholic Inquisition and Portuguese colonialism. Inadvertently, the reader is dragged into a saga of religious persecution, bracketed by a picturesque description of idyllic childhood on one hand and a morbid tale of revenge on the other. The novel is a coming of age story of Tiago Zarco and his metamorphosis from a sensitive and loving child into a vicious murderer of the very people he once grew up with. The beginning of the novel takes us into the Portuguese-Jewish-Zarco family living just outside the colony of Goa, interspersed by Hindu ritualistic behaviour represented by the family caretaker Nupi.Tiago’s childhood and adolescence is coloured by youthful adventures with his cousin Wadi and his sister Sophia, his love for the Hindu girl Tejal and a very poignant yet warm relation with his father, Berekiah-Zarco. But this picture of happy adolescence was soon to be shattered by a tale of betrayal, an offshoot of the Portuguese Roman Catholic Inquisition. This is when the reader is transported to sixteenth century Goa and a macabre show of religious intolerance and fanaticism follows, epitomized in the torture of the Jain Sadhu, Phanishwar—the roasting of his feet over coal, the displacing of his shoulders from their joints and even the barbarous assaults on the Jain and on Tiago and his father. This is where the book reaches its most powerful heights as the reader is engulfed into a sixteenth century clash of civilizations, coupled with the barbarous aspects of cultural imperialism. Impeccably researched, Zimler minces no words in expressing his disdain of the torture of the ‘many thousands of men, women, and children who were imprisoned by the Inquisition in India’, the ones to whom he dedicates his book.