Glimpses of A World Gone By 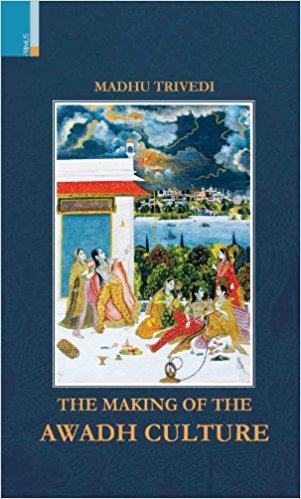 Madhu Trivedis knowledge of cultural and artistic production in Nawabi Awadh is very evident throughout the text. An introductory chapter sets out the historical background to Awadh in the Nawabi era (17221856), followed by detailed information on the place of Shii Islam, literary production, music, painting, architecture and industrial arts such as chikankari-the style of embroidery still associated with Lucknow, the capital of the Nawabs. Trivedi uses a variety of primary sources originally in English, Urdu as well as in Persian. Nor does she hesitate to use secondary sources to fill in her narrative. There is no conclusion, perhaps the principal weakness of the book. The empirical data in The Making of Awadh Culture does not form part of a sustained argument and hence does not engage with existing historiography or recent historiographical debates.

The main part of the book focuses on literary cultures in Nawabi Awadh, with the Nawabs themselves often playing a leading role in literary productions. Pride of place goes to poetry, of course, though Trivedi repeats the old idea that Lucknow poetry was more concerned with form than content. In addition to the ghazal, Trivedi explores, in great detail, the traditions and practitioners of the marsiya songs of lament in the Shia tradition, which, she argues, developed a distinct language, idiom, content, and literary form in Lucknow (p.25). Equally, Trivedi pays attention to the masnavi as well as more popular poetic traditions such as rekhti (verse in womens spoken dialect, though the poets she mentions appear to be mostly men!), hajw (satire), hazal (humorous verse), and wasokht (love poetry). In her discussion of the evolution of prose narrative in Nawabi Lucknow, Trivedi surprisingly overlooks Hasan Shahs Nashtar written in 1790. She is very right, though, in drawing readers attention to the publication of the weekly newspaper Tilism, as overlooked it is, in discussions of the history of journalism in north India.