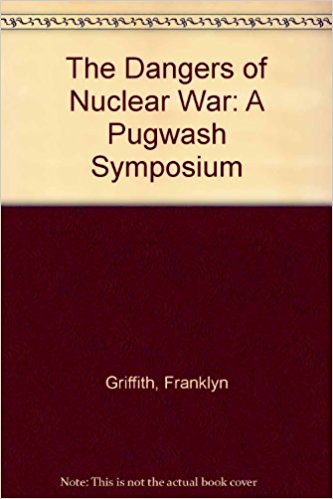 The Dangers of Nuclear War is in mark­ed contrast to the bulk of the literature on nuclear war generated in the West. The central message of the book is, to quote Lord Zuckermann, ‘that wars may start as central planners predict but history shows that they rarely if ever proceed or need end as predicted.’ The book is therefore a plea for abandoning the idea of winning a nuclear war, It highlights that a war that unleashes nuclear weaponry in the world today would be a disaster beyond anything the world has known and surely beyond our imagination. It focusses on the paradox that according to the accepted theories of today the avoidance of nuclear war requires both stable general deterrence and deep restraint in reliance on nuclear weaponry of any sort. It pleads for a new readiness for imaginative political action both for drastic arms limitation and increased international understand­ing.All these are in refreshing contrast to the general run of strategic literature from the West which dwells on nuclear war winning strategies, counter force strategies possibility of limited nuclear war, desirability of using nuclear weapons against non-nuclear adversaries in certain contexts, etc.

One does find some contributions in the book which would reflect this approach but the majority of the contributions reflect sober realism in regard to the enormous uncertainties that envelope a nuclear war.

The most valuable contribution in the book is not from among the papers contributed by the participants but the observations of Lord Zuckermann, for­mer Scientific Adviser to the British Ministry of Defence, during the discus­sions. He has demolished many of the myths generated in regard to the feasi­bility of conducting a nuclear war and bringing it to a conclusion. He has pointed out that all the military exercises conducted lead to the conclusion that nuclear weapons cannot be used in field warfare without uncontrollable escala­tion.

These views of Lord Zuckermann had also been echoed recently by Lord Louis Mountbatten in an article in Inter­national Security, contributed just before his assassination. There are valuable contributions in the book which discuss the feasibility of some categories of nuclear weapons exchange, command and control problems, new weaponry regional nuclear war and tardy progress in arms control measures.

An interesting contribution comes from William Epstein on nuclear terro­rism and nuclear war. Epstein has drawn attention to the possibility of a nuclear explosive device falling into the hands of terrorist groups. He cites a General Accounting Office report released by the US House Sub-Committees in August 1976 which has pointed out that some 50 tons of fissionable material were un­accounted for in 34 facilities operated by the U.S. Administration and that the controls were so poor that recovery actions were precluded.

Even while dealing with the possibi­lity of terrorist use of nuclear weapons, it does not appear to strike Epstein that essentially all doctrines of nuclear war are terroristic doctrines. In a world where the populations of the industrial­ized countries have legitimized their governments practising mass terrorism through adoption of the doctrines of nuclear deterrence, it is inevitable that individuals and groups should also attempt to operate on the basic principle of the doctrine of nuclear deterrence and attempt to equalize the situation between themselves and the state. If it is permis­sible to hold millions as hostages of the nuclear arsenals in the hands of a few powers, it is difficult to prevent others from justifying the use of a nuclear ex­plosive device to hold a few thousand people as hostages in order to apply pressure on a state. But for people condi­tioned to accept nuclear deterrence these linkages are not likely to be apparent.

Bundy in his contribution refers to the inhibiting factors which had resulted in the number of nuclear states being limited to seven (he includes India and Israel in the category). But the fact that most of the NATO and Warsaw Pact countries are non-nuclear only in name eludes him. In fact, while India is not a nuclear-weapon nation, as it does not have a nuclear arsenal, the NATO and Warsaw Pact nations permit stockpiles of weapons on their soil, rely on nuclear war doctrines for their security, train their troops in the use of nuclear weapons and have plans to take over and use nuclear weapons in case of war. If these are counted as nuclear-weapon countries, as they should be, then the number is not as small as seven.

There is no attempt in the contri­butions in the book to analyse the issue of technological hegemony sought to be imposed under the pretext of halting the horizontal proliferation and the way the Nonproliferation Treaty seeks to vest nuclear weapons with prestige and con­vert them into a symbol of power in the international system, thereby becoming the engine of proliferation.

The book, though reflecting essenti­ally a western point of view, is among the more sober analyses and deserves to be studied widely.  Subrahmanyam  is Director, Institute for Defence Studies and Analyses, New Delhi.